On the third day of drunk Christmas my true love gave to me...a Candy Cane White Russian and a couple of drunk elves. First two days are here and here.

Special note - if you don't have peppermint vodka, you will want to run out immediately and get some. 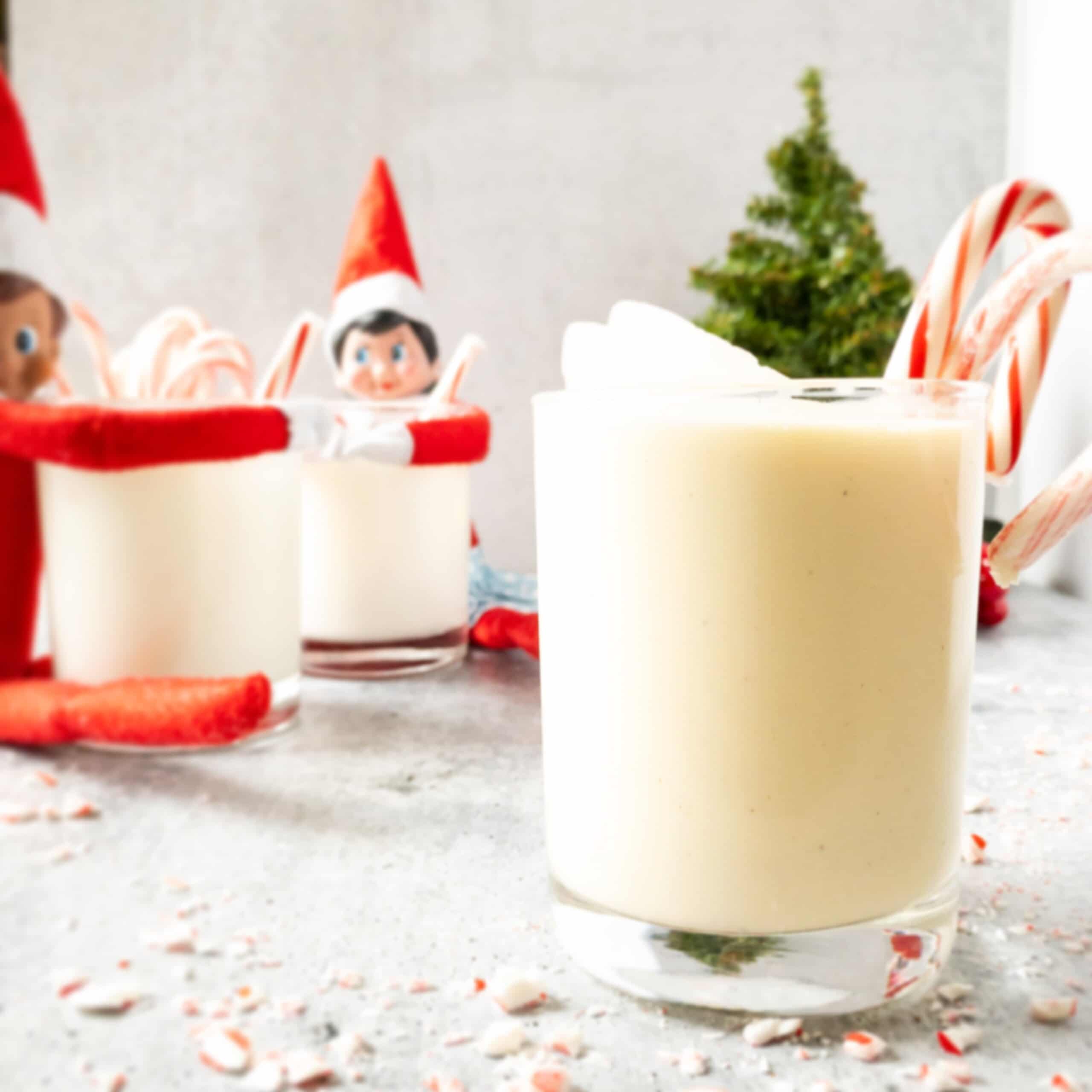 That's right, these candy cane white russian cocktails are so tasty that even my elves couldn't resist them and ended up shit faced. 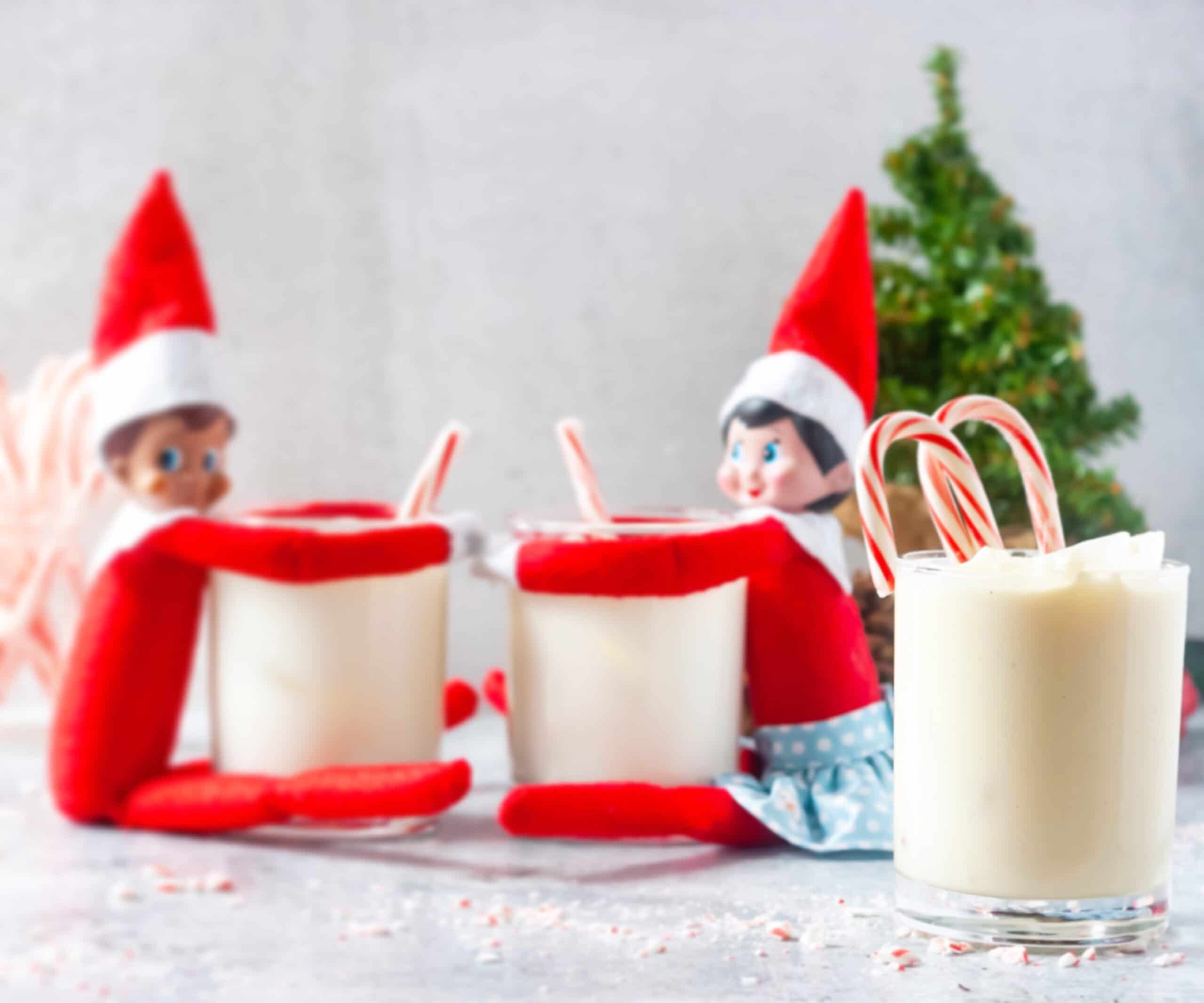 I hate my elves. Whoever started this should be put before a firing squad. Seriously. And I know every parent complains about these, so you certainly don't need to hear another. So I won't bother you with all the reasons I hate it. Instead, I will bother you with how I turned our elves into something awesome, that probably won't win me any mother-of-the-year-awards, but when you're already in dead last place for that award...you might as well really do that shit up right. Our elves are naughty AF. I mean bad, bad, bad.

When I first got one of these, my youngest daughter was in kindergarten and wrote a letter to Santa to invite one to our house. And I mean she had about three printed words going at five years old...and she wanted one so bad she learned new words to write.

So we got this stupid $30 elf. I set it up the first night tipping over her Fruit Loops and spelling out HELLO EMMA with the spilled cereal. She came out to the table, half asleep, like a robot on autopilot, to eat breakfast. I was so excited for her to see it, that before she could even rub her eyes into focus I was yelling, 'look at who lives here now!'

And I shit you not, and how I wish I had a camera recording...she legit tipped the chair over, fell off backwards and darted out of the kitchen with one of those sheer terror silent screams. I was so confused, but also could not stop laughing because that was def NOT the reaction I was expecting. When I went to her room, she was under all her pillows telling me to go away and make the elf go away because she didn't want it looking at her. When I said she asked Santa to send one here, she said she 'didn't know it would have eyes looking at me.'

So for the next seven years I have used this opportunity to scare the shit out her, entertain myself and a lot of the times make her laugh while being terrified. Twinkle, we called her, has been stalking Emma for the last seven years.

Hanging from her fan above her bed so when she woke up she hit her head on Twinkle. Hanging outside her bedroom window, so when she got in the carpool for school she saw her and had trouble getting in the car bc she was staring so hard. Peeking out from under Emma's bed when she woke up.

But also silly things like your typical TPing the house, eating all my marshmallows, you know all the good parent ideas I can find on pinterest. She also got herself a boyfriend...a Magic Mike Stripper Christmas ornament we had (cause we are classy like that) who ran around being naughty for three Christmas' with Twinkle til his legs broke off when he fell off the counter. Then the little tramp got an elf boyfriend like the next day, cause Twinkle doesn't miss a beat.

And needless to say seven years later, at 12 years old, Emma is still ever so slightly afraid of Twinkle, and ever so unsure if it is real or not. So is her younger brother...and watching these two kids try to figure it out makes me realize that when they do, I will be sad AF, because this is really more for me than them, I think. I LOVE THIS, still, after all these years 🙂

Yesterday they got into my awesome drink and left some pics behind...luckily the little bastards left me some peppermint vodka so we can have a few this weekend. 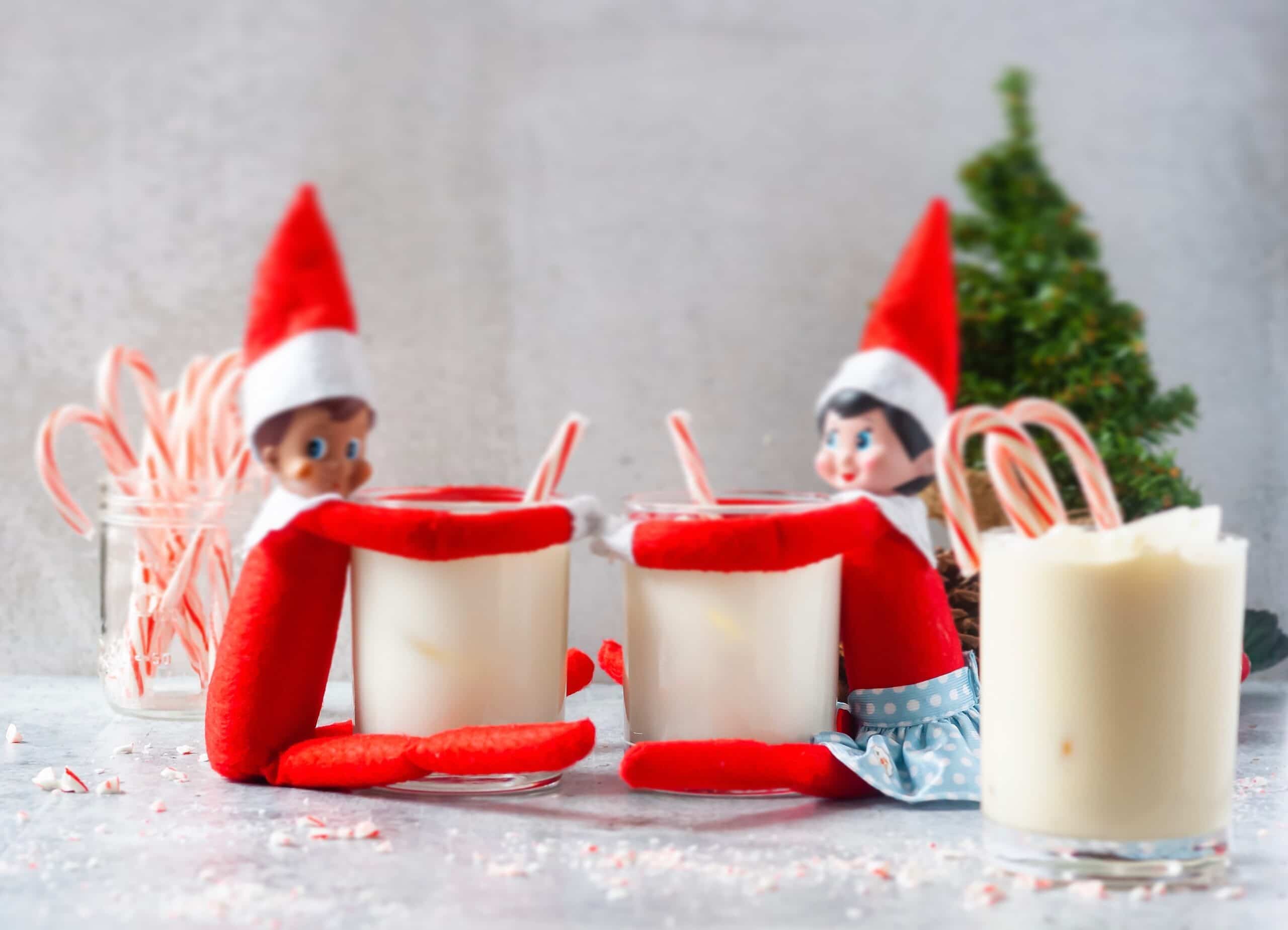 And right about now you're probably like - recipe already bi---! So here you go...enjoy one this weekend and leave a little out for your elves and see what happens 🙂 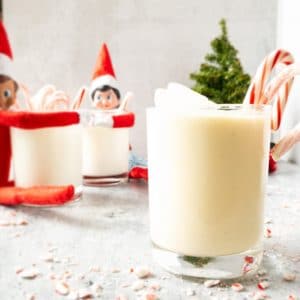