It is finally spring, and we are ready for it over here. And with it comes the time of year for one of my very favorites, the most ultimate Hummingbird cake with coconut topped with a cream cheese frosting. It is one of my all-time favorite cakes and sure to be one of your favorites too.

What is Hummingbird cake?

An old fashioned Hummingbird cake recipe is is full of banana, pineapple, nuts and cinnamon. A quick google search tells you will find that the cake likely originated in Jamaica in the 1960s (the ingredients would suggest this is true). The Jamaican tourist board, trying attracting tourists, sent out press packets that included recipes, including this cake.

Is hummingbird cake a southern thing?

It sure is, now. After the recipe initially making it's way to the U.S. via the Jamaican press packets, versions of it started showing up in local papers throughout the South. The first printed recipe in the U.S. was in Southern Living in the late 70s. Google also informs us that the cake is named for the hummingbird because it is sweet enough to attract one - how cute.

Why this cake is different from old fashioned versions

The small addition that, I think, elevates this cake is coconut. Also coconut is a total compliment to the pineapple and the banana. In fact so much so, that when I managed a bake shop this was our for our Hummingbird cake.

Like all of my cake recipes (pretty much) this is an oil-based cake. There is more fruit than flour in this cake, and let me tell you, that is not a bad thing. This cake is super moist. Also the crushed pineapple gets added with all of its glorious juices and super ripe bananas make for a moist, nicely sweet cake. Here is everything you need for the cake itself:

Honestly, I don't know why this isn't the traditional frosting for pretty much every cake ever.

To me, this cake screams spring, and would be a great to your Easter dessert table or your Mother's Day dessert. Similar to carrot cake, which is often considered the quintessential spring cake, but dare I say...even better!

Give it a try and let me know what you think. 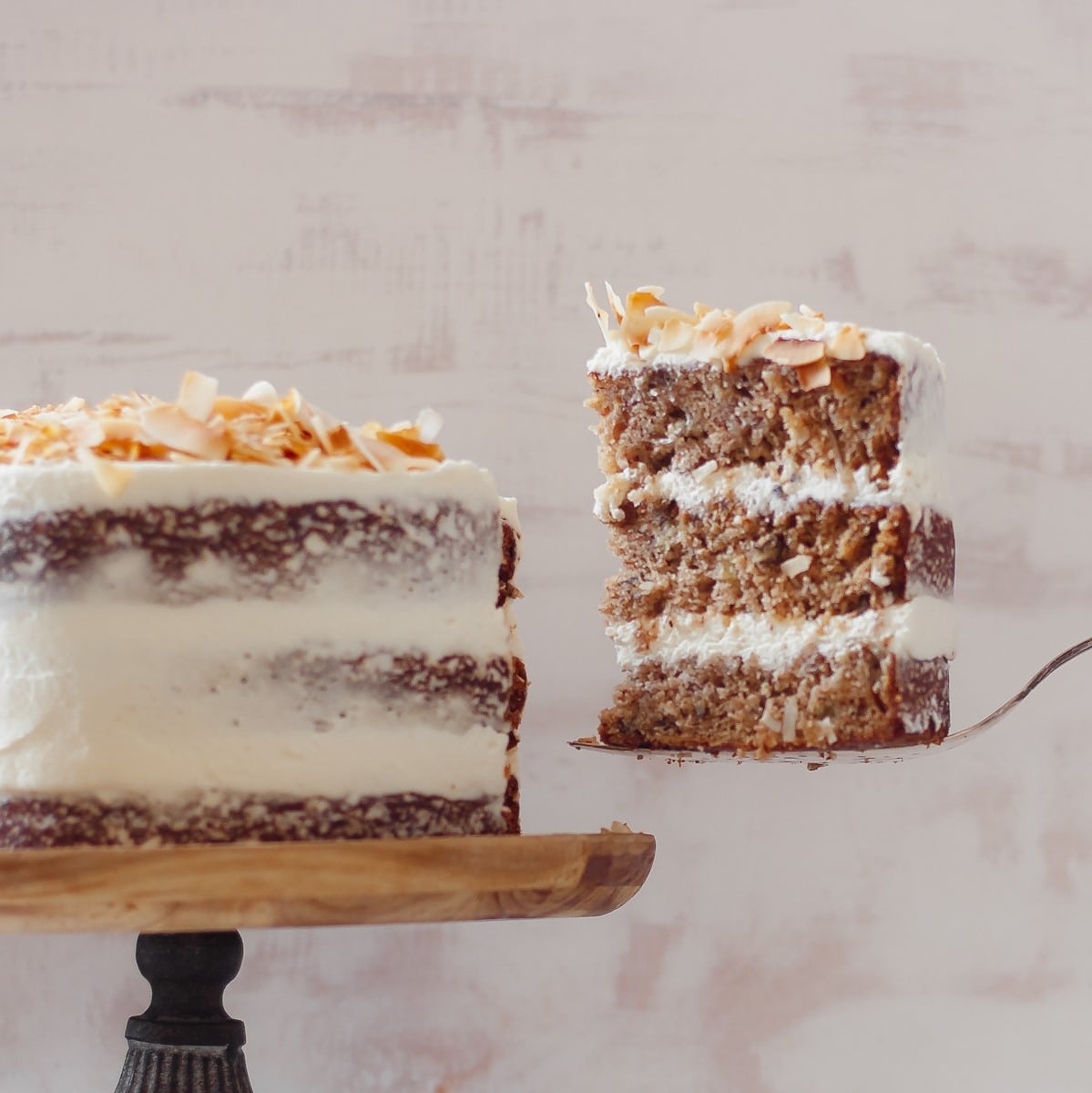 Garnish with toasted coconut and/or pecans if you like.

Like these flavors? Check out my best banana bread ever!