It's summer. It's hot, like what I imagine hell to be hot. Do you really wanna be turning on your oven? Probably not. I know I do not. I would prefer to be sitting poolside with a frosty cocktail (this one to be exact), eating no bake cheesecake bars. Specifically these no bake lemon cheesecake bars with raspberry puree swirl. 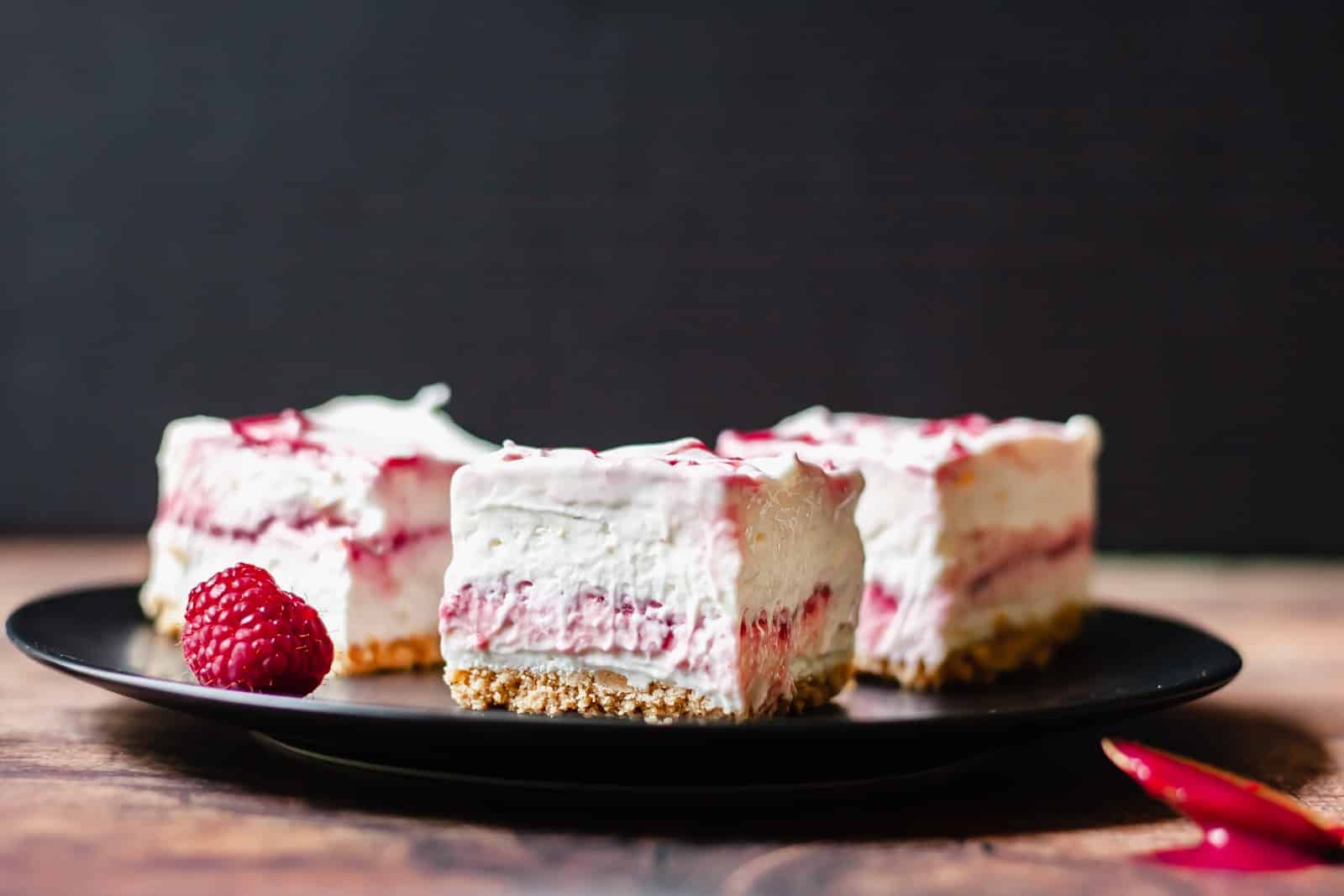 How do you make no bake cheesecake bars?

These are pretty easy, in my opinion, even though there seems to be a lot of steps (they are more explanatory than anything). And after trying several different no bake cheesecake recipes, I came up with my own rendition, no bake lemon cheesecake bars that I think has the ideal texture and creaminess...without being too soft.

You will start with a simple graham crust - per usual. Simple enough right? Make it, set it, pour your filling in and chill it. Boom. Done.

What is stabilized whipped cream? 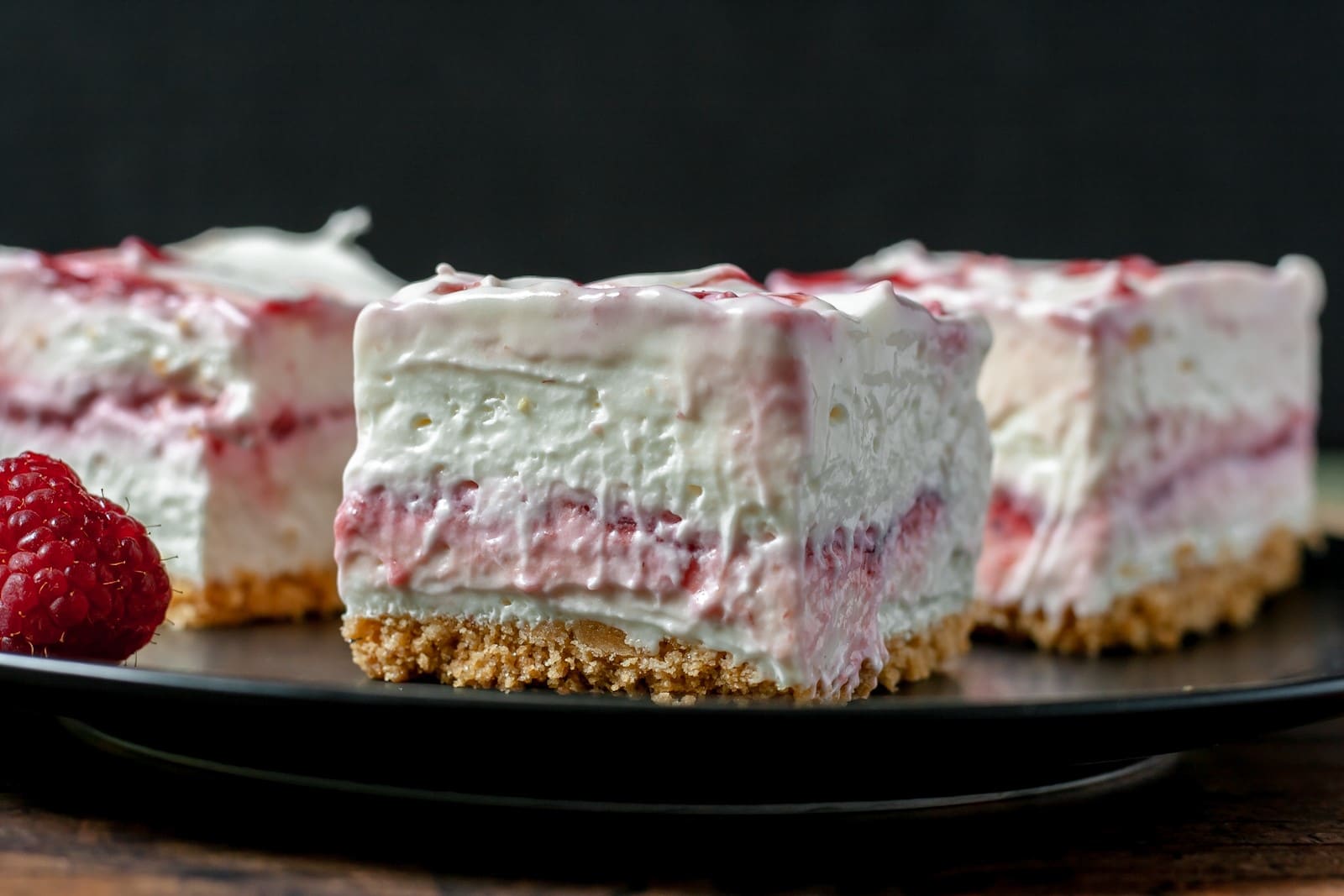 Last thing. About that raspberry puree swirl in these no bake lemon cheesecake bars...

Ahh yes that gorgeous deep red swirl. Sit down because this is so easy you might fall down when you read it.

All of this together in a saucepan, cook down until the berries are basically mush. Give them a quick blitz in a food processor or a blender and push through a sieve. That's it. A quick swirl into the cheesecake filling you have perfect treat. 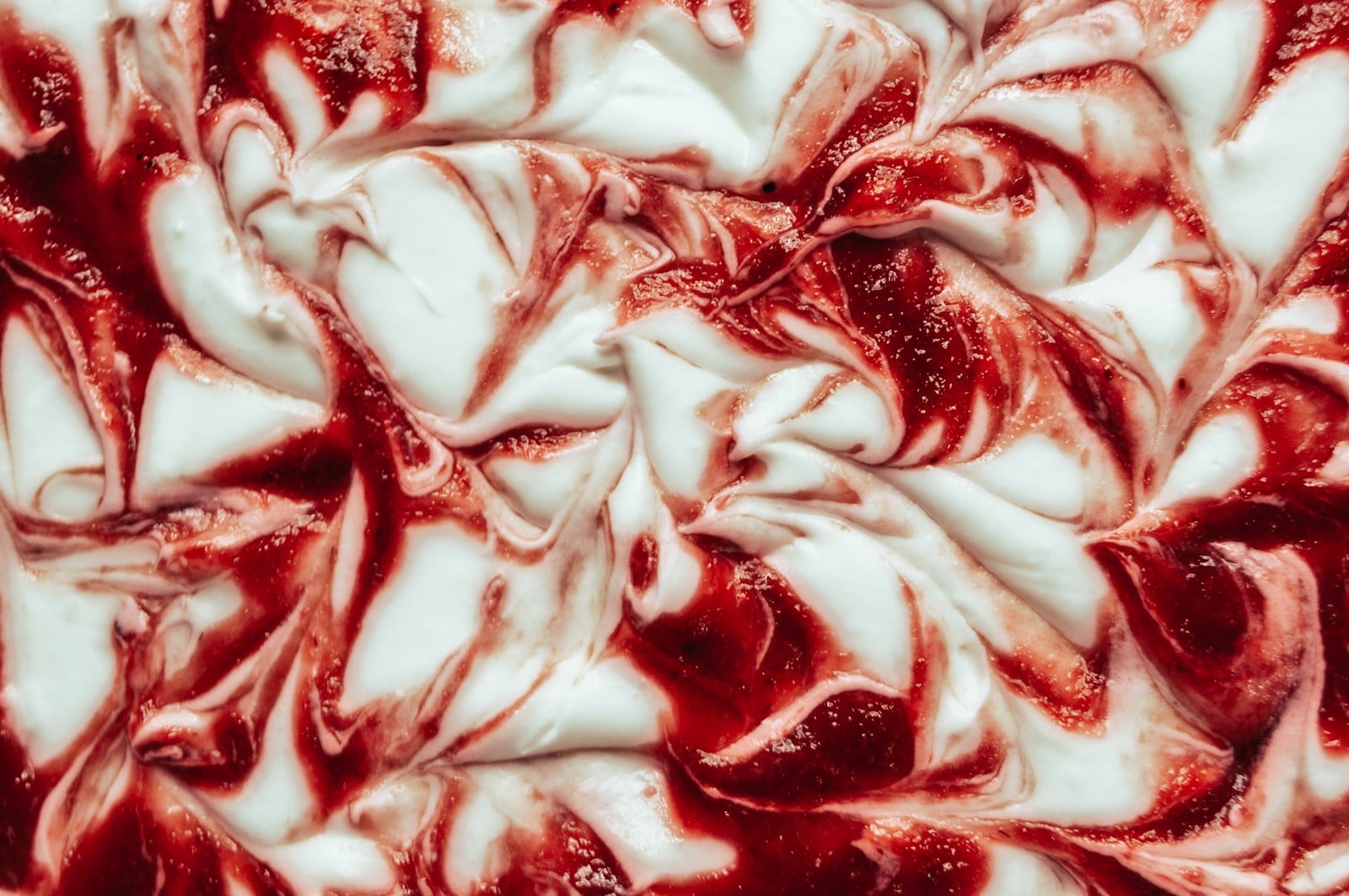 Other great summer dessert options you can try: 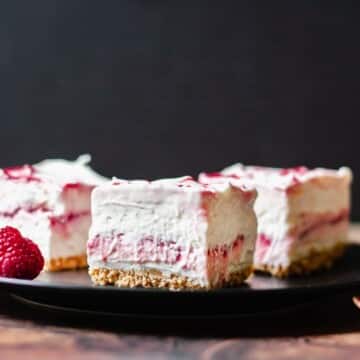 For The Graham Cracker Crust

For The Cheesecake Filling

For the raspberry swirl