I bet you when you think of an apple dutch baby the word 'easy' doesn't come to mind. I have one kid that always wants to order one when we go out for breakfast, and every single time there is 'allow for 30 mins cooking time' next to apple dutch baby, which invokes an immediate 'NO f'ing way' from me. 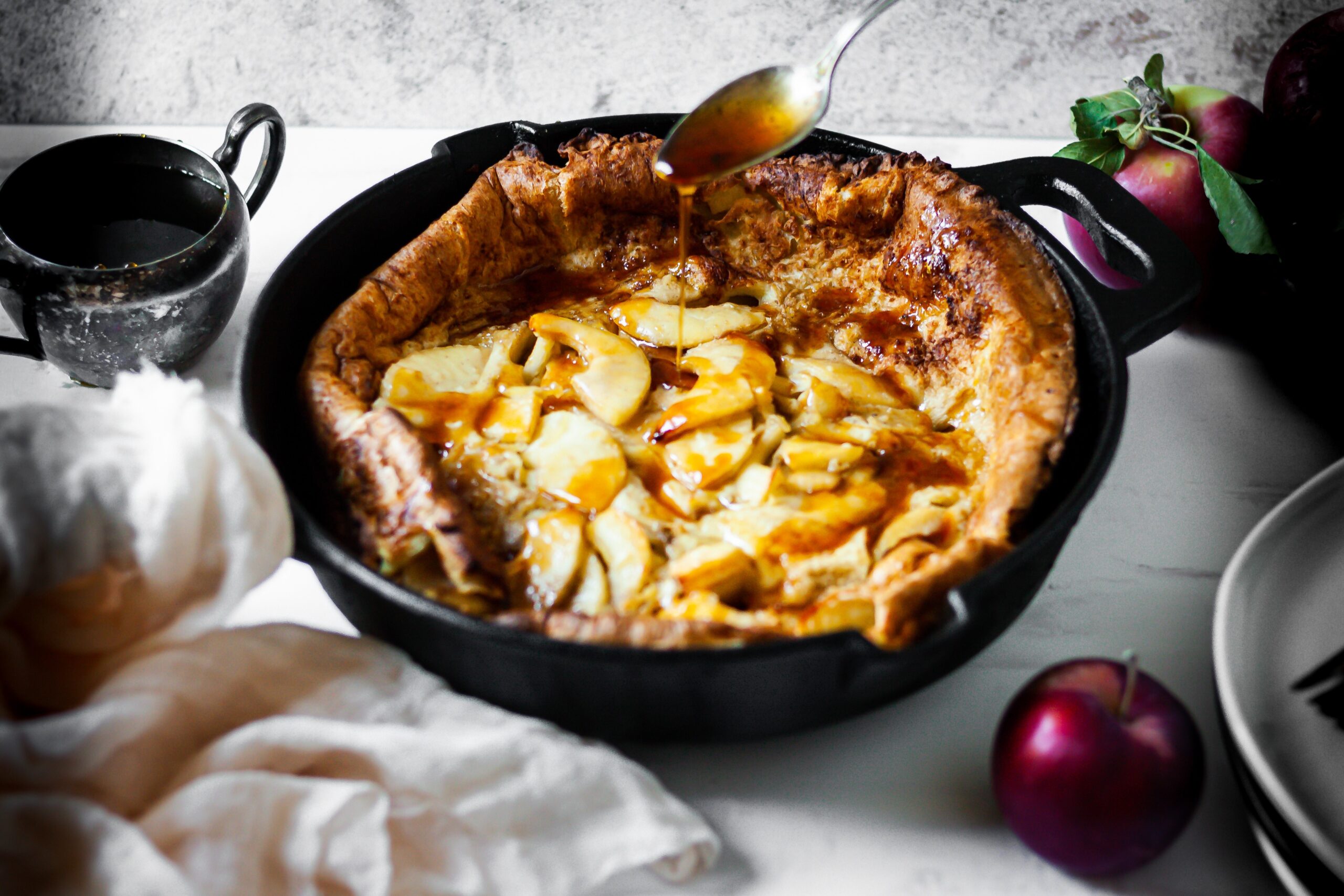 But through my desire to use up all of my apples from our apple orchard family day, I have started making these - A LOT. Turns out easy apple dutch baby really can be a thing. Maybe it does really take 30 mins start to finish, but when you're at home who really gives a shit on the time...30 minutes does not seem that long. 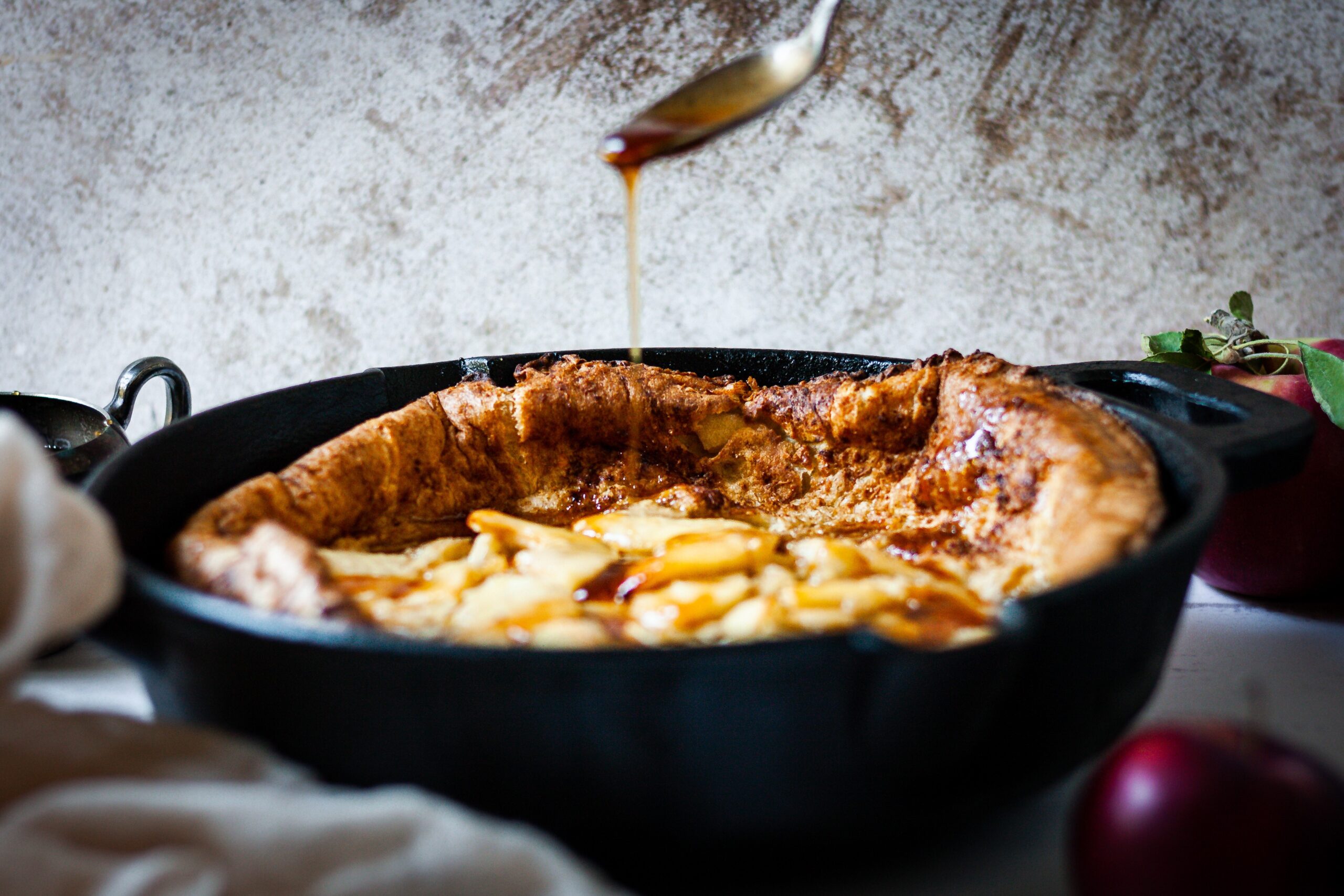 Where'd they come up with that name?

So apple dutch baby's are simutaneously called dutch baby and German pancakes - and I have no idea why they are called either. According to wikipedia - the all knowing internet encyclopedia - they originated in Seattle.

How is it different than regular pancakes?

Dutch baby's are baked in the oven not on a stovetop like a traditional American pancake. They are baked in a cast iron and never flipped like pancakes. You slice them up like a pie, which, if you have a large enough cast iron, makes them good for a family breakfast.

I think the best description of one is kind of like a sweet Yorkshire pudding or a clafoutis. It is definitely more eggy than pancake-y. And I would not recommend trying to sell this as 'just like a pancake' to a kid, because it is not. Tell your kids your taking a trip around the world instead...getting all exotic and shit on them (if you are American). 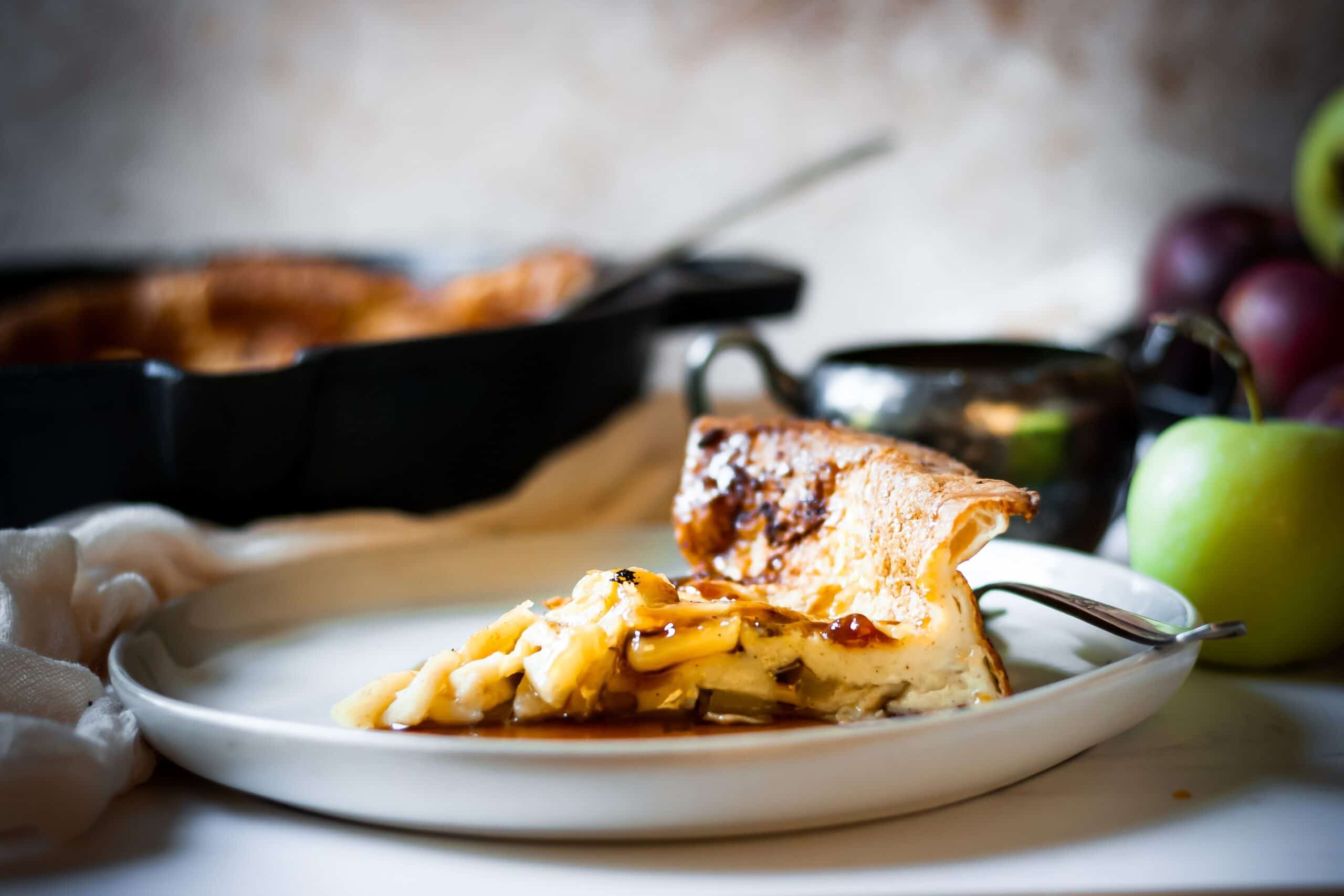 What do I need for it?

This apple dutch baby is easy mainly because it require things you likely have at home already:

Ok so here is one thing you may not have, but is also totally optional...yeah you can totally use maple syrup, the first two recipes I tried of this we all drizzled with syrup and it was lovely.

But by the third and fourth try (recipe testing is real), I did something more awesome. I took a cup of the apple cider we also got at the orchard, and reduced the f--k out of it to create a cider caramel syrup to drizzle on this and OH MY GOD. If you have apple cider in your fridge DO THIS! It was not too sweet and added the perfect extra apple punch in the face you never knew you wanted. I mean, really it could not be easier too - no extra sugar, just natural cider turned magical. 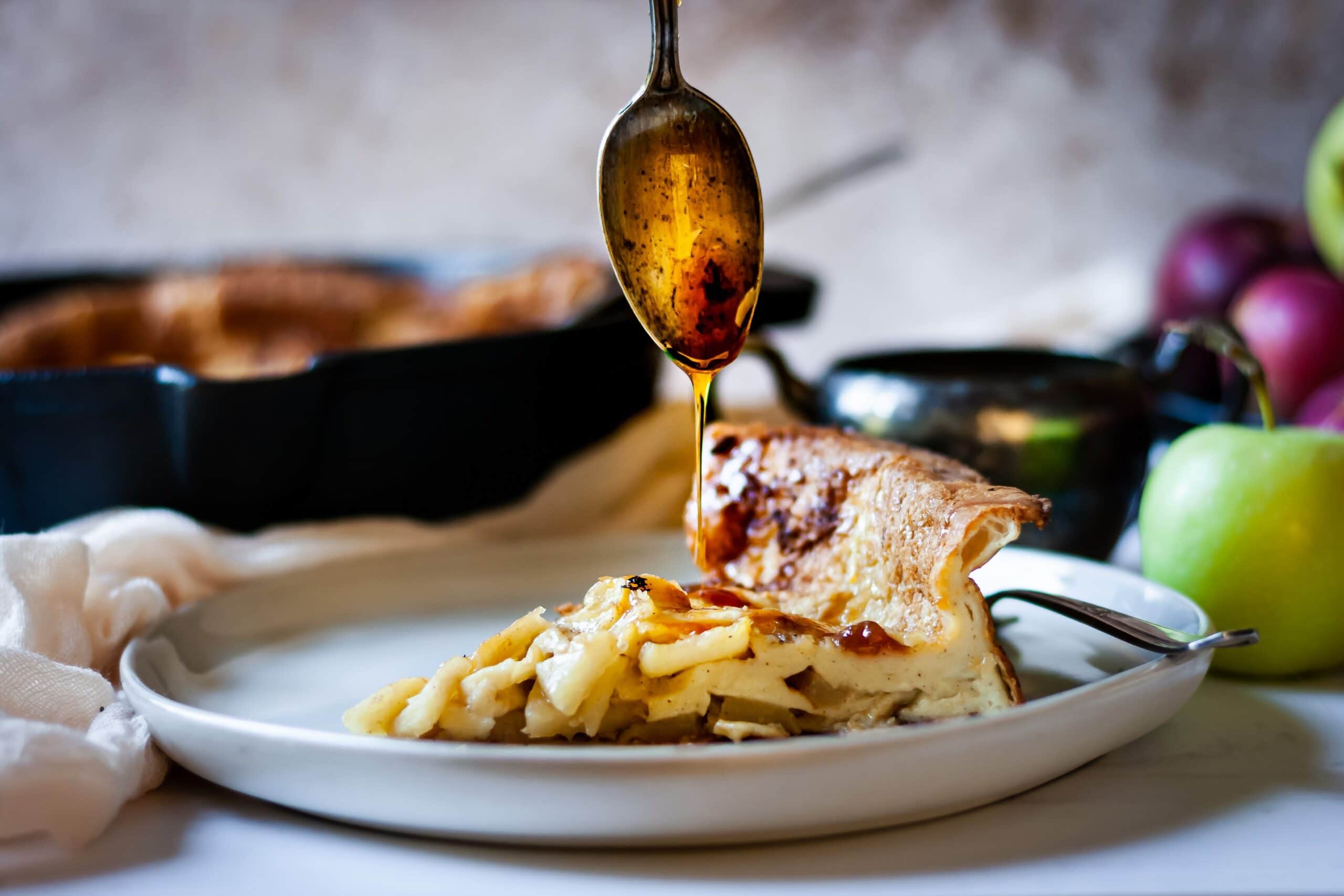 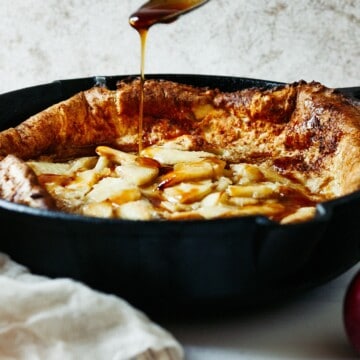 For the apple dutch baby

For the cider caramel syrup

For the cider caramel caramel syrup

For the apple dutch baby

This would also be an amazing dessert with ice cream and the cider caramel syrup.
Tried this recipe?Let us know how it was!

Looking for traditional panckes for a family? look no further than right here - my frat house pancakes.