What is dulce de leche?

Dulce de leche is a milk and sugar based caramel. Basically you cook sweetened condensed milk, which is milk and sugar combined already, until the sugars caramelize. That's it. Really.

And it is perfectly smooth and creamy, making it ideal for a homemade ice cream recipe.

Is dulce de leche the same as caramel?

And you absolutely do not have to use homemade, they sell cans of it in every single grocery I have ever been to in the last 8+ years. You can also get fancy dulce de leche like this, which I have also had and it is delicious.

You can make your own though, if you so desire. And you can find directions on how to here.

French style ice cream, which is custard-based with sugar, egg yolks, milk, and cream. This is a great base that I use for a lot of ice creams, like my toasted marshmallow ice cream recipe. And while this considered a french technique for making ice cream, this is largely what you will find included in all ice cream recipes.

Then there is something called Philadelphia-style ice cream, and eggless ice cream recipe, and what I use for this coconut dulce de leche ice cream recipe. A really delicious thing and so simple that to be honest, I thought it was gonna suck. I mean, basically you just heat up heavy cream (some recipes call for milk as well) with sugar until the sugar dissolves and then chill it before putting into the machine.

After trying philadelphia style ice cream, I can honestly say I cannot tell the difference. So much so, that I have created other ice cream recipes with this base, like sour cherry ice cream. Maybe the texture is slightly less creamy (if you make it plain)…maybe. But since I added vanilla bean and sour cherry puree I could not tell even a little bit.

Last would be no-churn, which is by far the simplest of all ice cream recipes, using sweetened condensed milk, folded with whipped heavy cream and best of all, no ice cream maker. This no-churn blueberry cream recipe couldn't be easier. 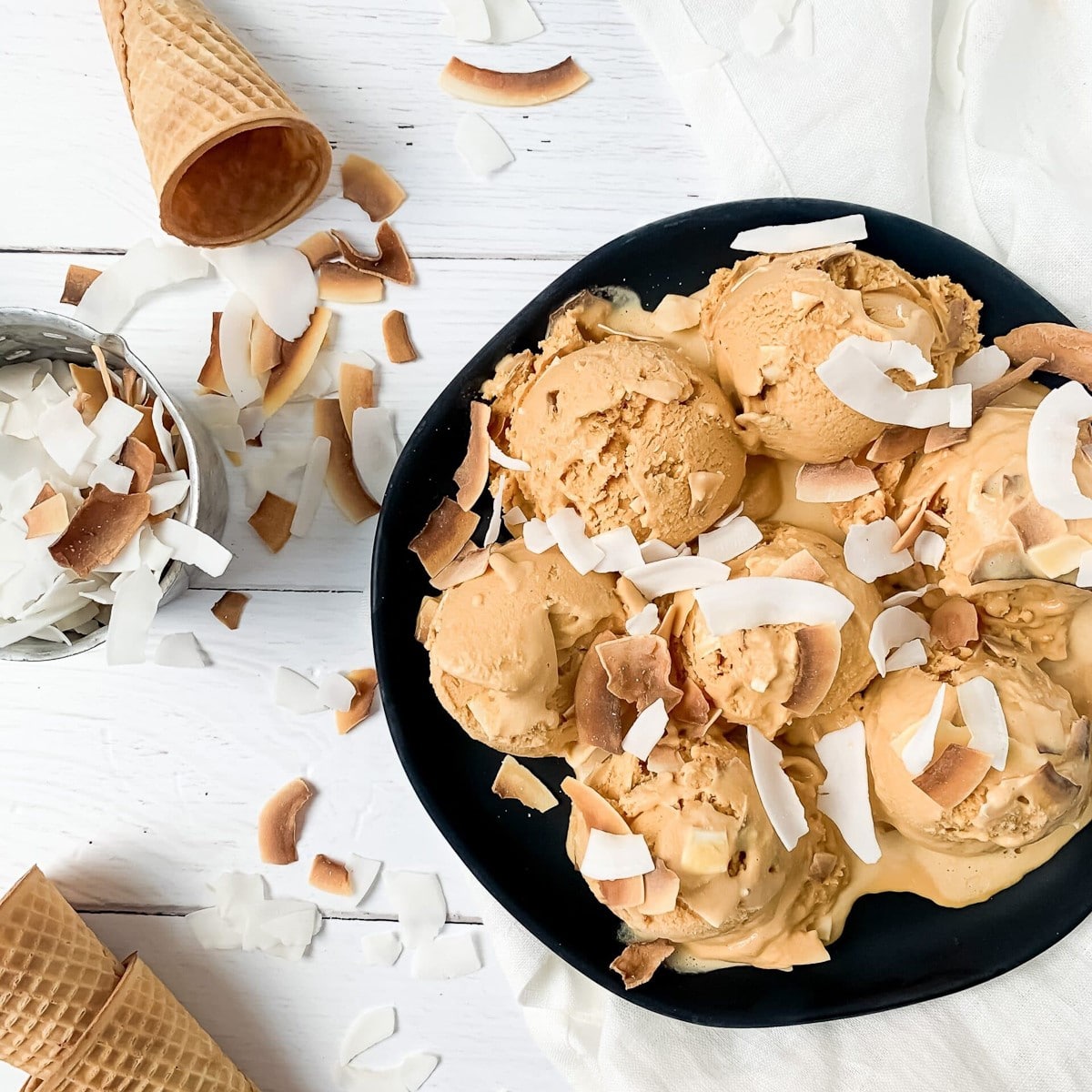