How do you come up with ice cream recipes?

Most often, I come up with homemade ice cream recipes while laying in bed thinking about ice cream and wishing I was eating it. This recipe, however, is not an original thought of mine...I first saw this idea on another blog, Playful Cooking. It sounded super interesting to me, mostly because I am obsessed with butterscotch in baked good like banana bread and pie.

But also because I always have a bit of cake sitting in my freezer. When I make ice cream cakes for my kids' birthdays, I use super thin layers of cake with the ice cream, and I freeze whatever I don't use. This chocolate cake butterscotch ice cream recipe idea was for real a genius way to use up some cake.

So I decided to create my own recipe, using a homemade butterscotch sauce in the ice cream base.

Is butterscotch and caramel the same thing?

Nope. Butterscotch is brown sugar cooked and caramelized with butter, salt, cream and vanilla. Caramel is made by caramelizing white sugar with a bit of water and then adding butter, cream and salt. Similar, but butterscotch definitely has a deeper flavor and you can tell the difference immediately. I am a fan of both, but I will pick butterscotch every time. It is less sickeningly sweet to me and it makes the greatest pudding/custard you can ever imagine.

French-style ice cream, which is exactly what this recipe is. A custard-base made with sugar, egg yolks, milk, and cream. This is a great base that I use for a lot of ice creams, like my peanut butter fudge swirl ice cream recipe. And while this considered a french technique for making ice cream, this is largely what you will find included in all ice cream recipes.

Then there is something called Philadelphia-style ice cream, and eggless ice cream recipe, and what I use for this coconut dulce de leche ice cream. A really delicious thing and so simple that to be honest, I thought it was gonna suck. I mean, basically you just heat up heavy cream (some recipes call for milk as well) with sugar until the sugar dissolves and then chill it before putting into the machine.

Last would be no-churn, which is by far the simplest of all ice cream recipes, using sweetened condensed milk, folded with whipped heavy cream and best of all, no ice cream maker. This no-churn blueberry lavender ice cream recipe couldn't be easier.

For the French-style ice cream base 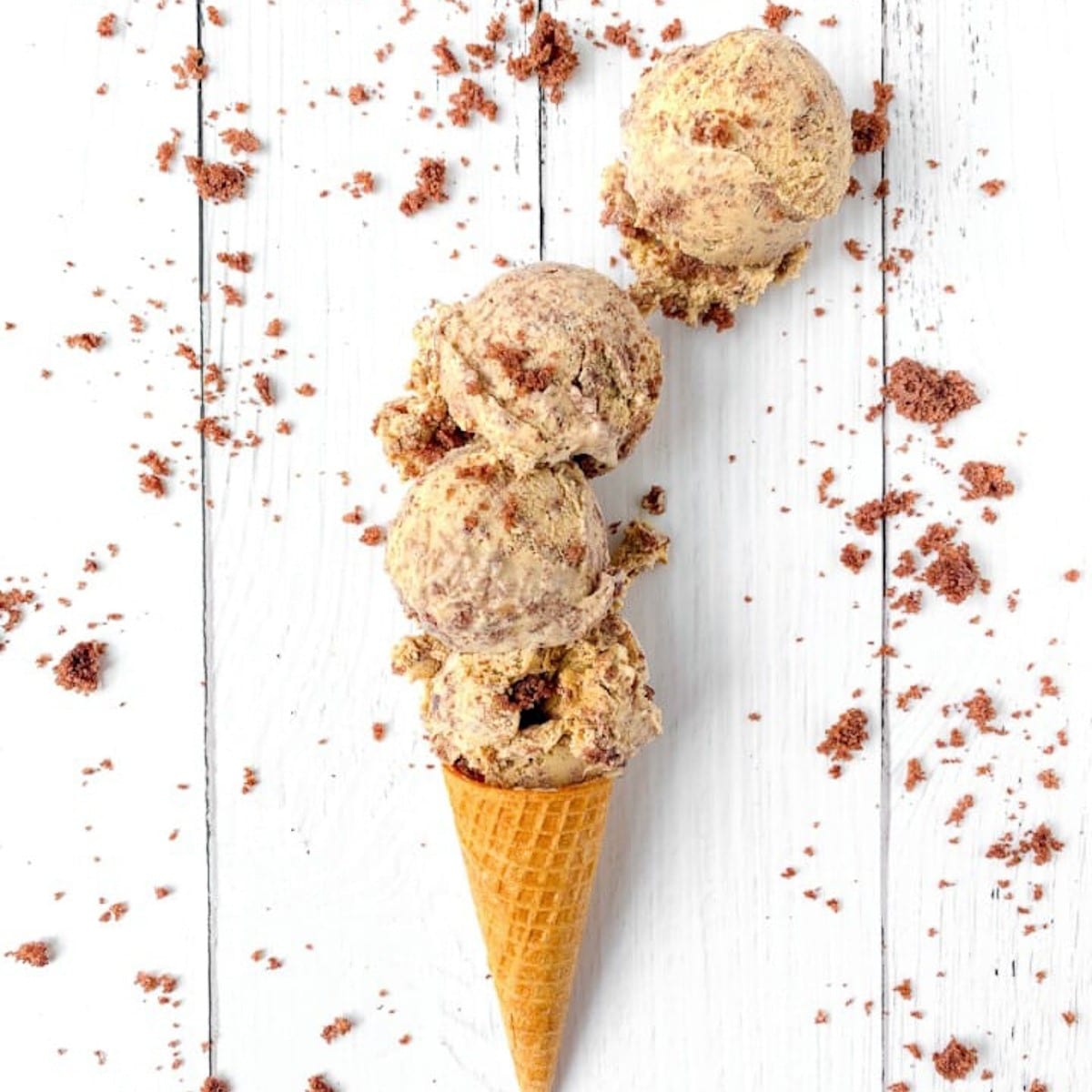 For the cake crumbles