The infamous snack cake. Something that I have been seeing everywhere but never really knew anything about it - and now I am making and sharing this banana snack cake with sour cream fudge nutella frosting. Because, well, I love a good bandwagon. And since I never got on the Dalgona bandwagon of 2020, I figured I might as well get on this one. 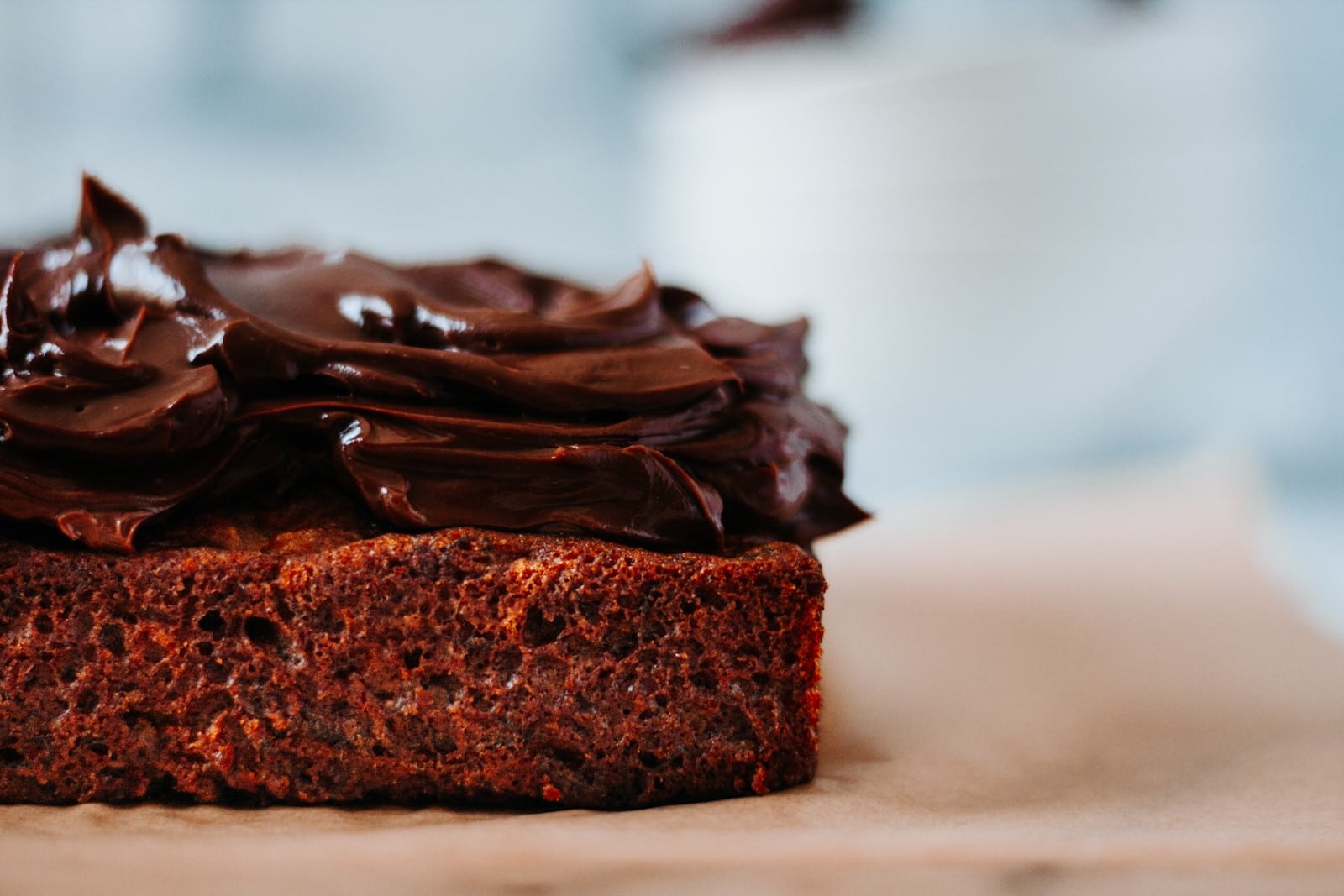 What is a snack cake?

Yeah, no kidding, after seeing several recipes called "snack cake" or "snacking cake," I had to google it. Basically a snack cake is a small single layer cake that you cut into squares. My guess is that you tell yourself that it is a "just a snack" and henceforth believe it is not as caloric as an ACTUAL CAKE. Which, of course, is totally false. Well, totally false if you make it right.

I outdid myself on my first original banana snack cake here but by mounding on the most delicious sour cream fudge nutella frosting you will ever find. And by covering a single layer banana cake, and banana is a fruit...I snacked the sh-t out of this baby in about 1.5 days. One large square at a time. That is how I recommend you go about this cake too, large squares one at a time. 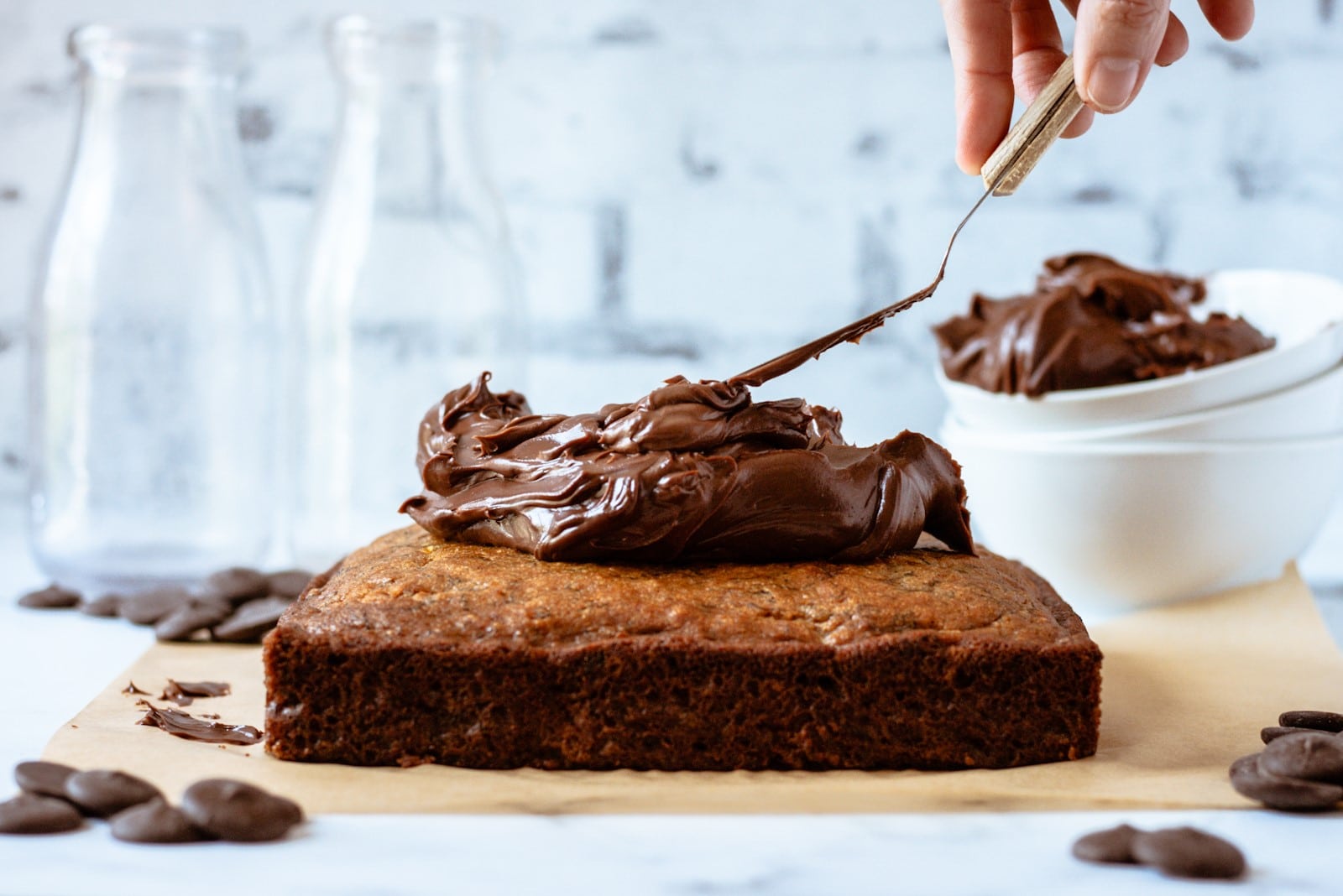 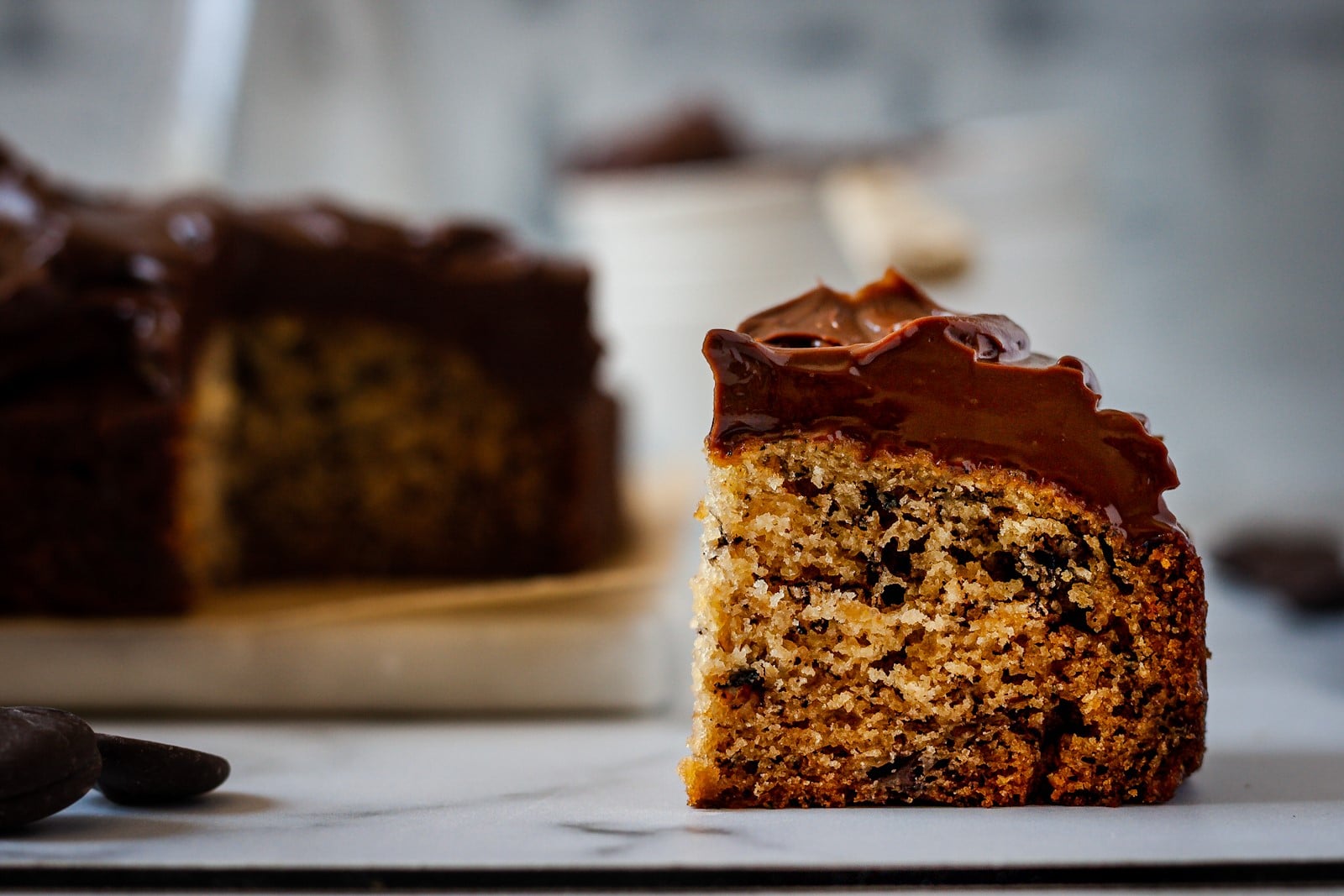 Tell me more about the frosting...

With pleasure. This frosting is an adaptation of my absolute drop-dead go to favorite frosting that tops  my blackout cupcake. It is a sour cream fudge frosting base with a few tweaks, like adding a massive amount of nutella, because who doesn't love nutella? It has a great consistency for a single layer cake as it is soft and super creamy. And sour cream adds that oh so perfect balance with a bit of tang. 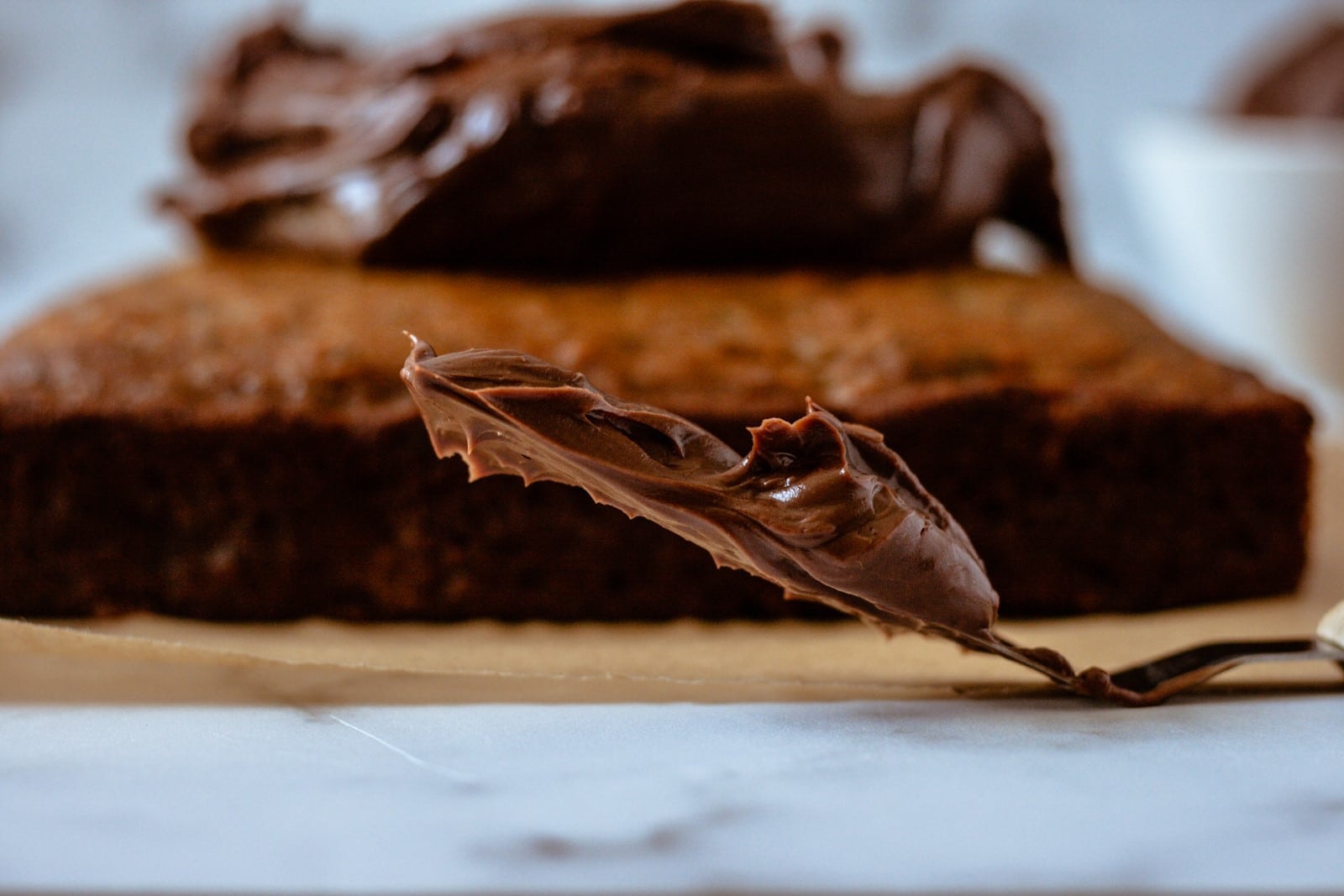 Banana not your thing? Don't worry, I am not offended. My mom is not a banana fan either and only like two of my kids are banana fans. Here are some other spectacular options for a quick snack cake... 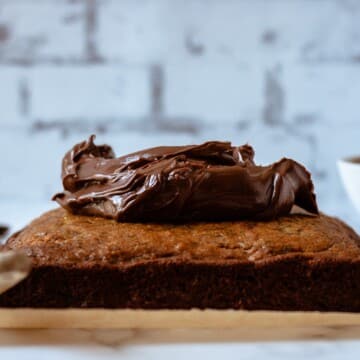 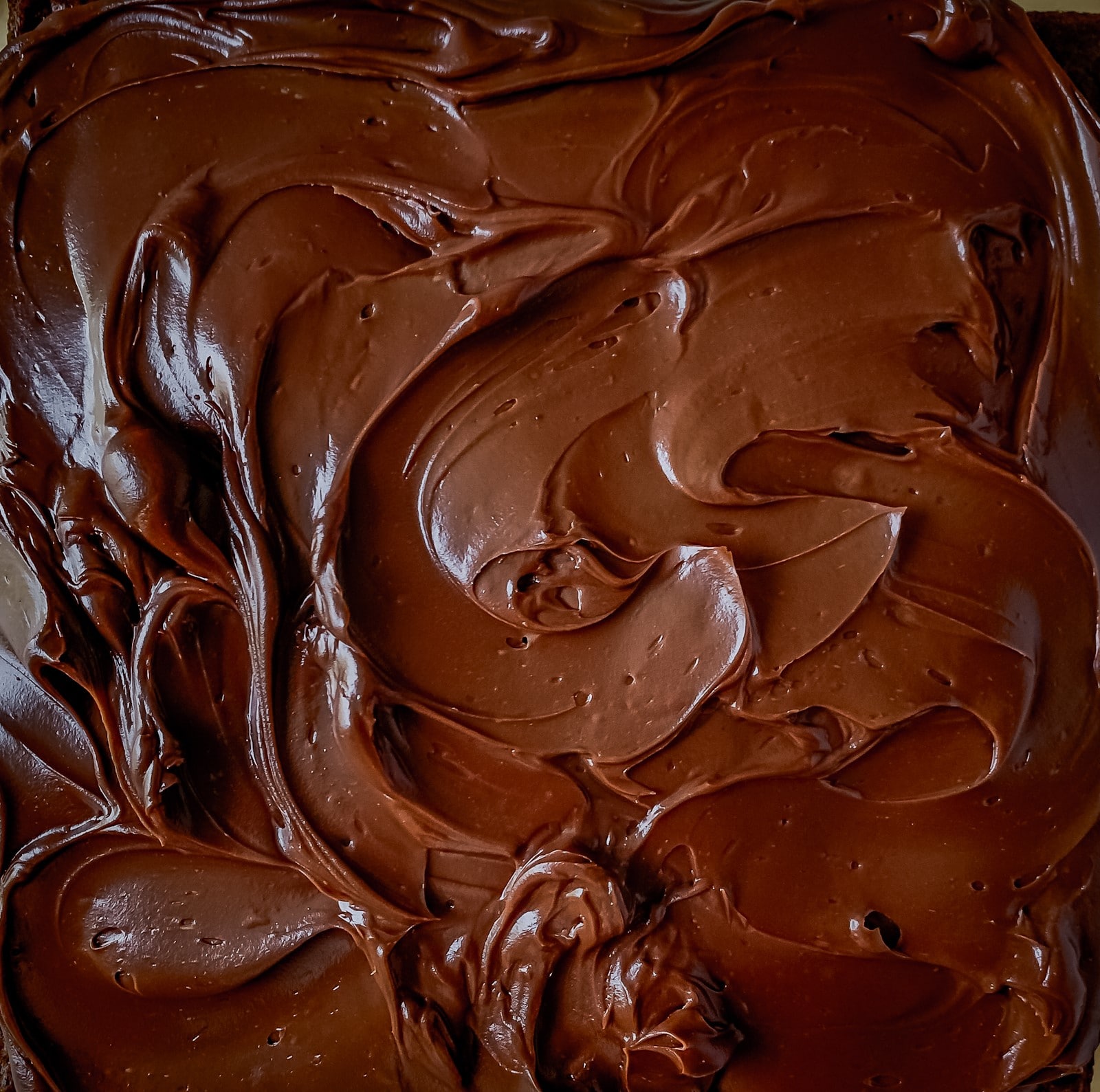 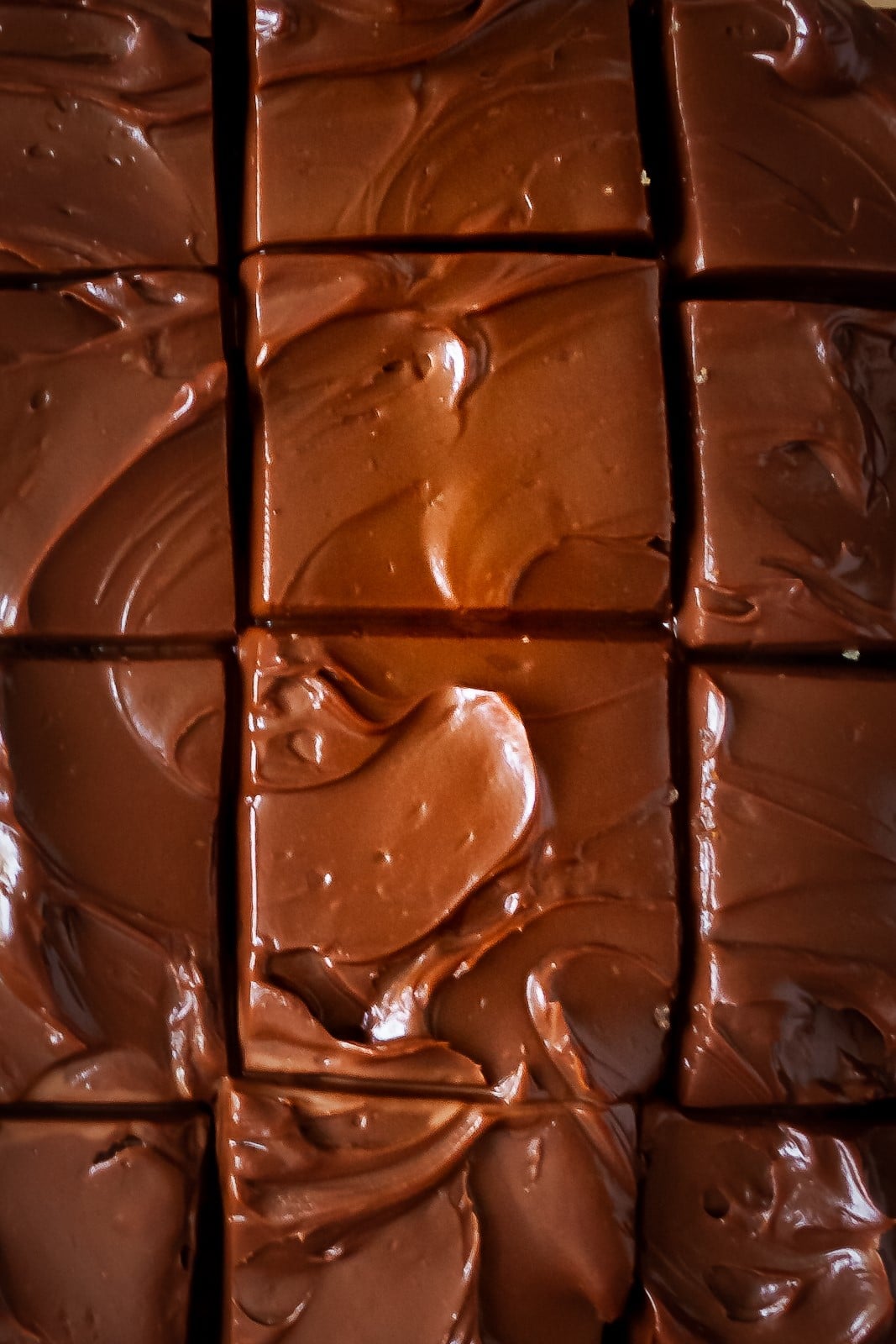