I bet you're thinking I am winning at parenting. I am probably not, but oh well who really is?! Sometimes we get it right and sometimes we don't. No recipe today, just a story that is kind of funny and shareable. And my kids are constantly asking me to write about them and our family because they are think we are so great, lol, so here goes... 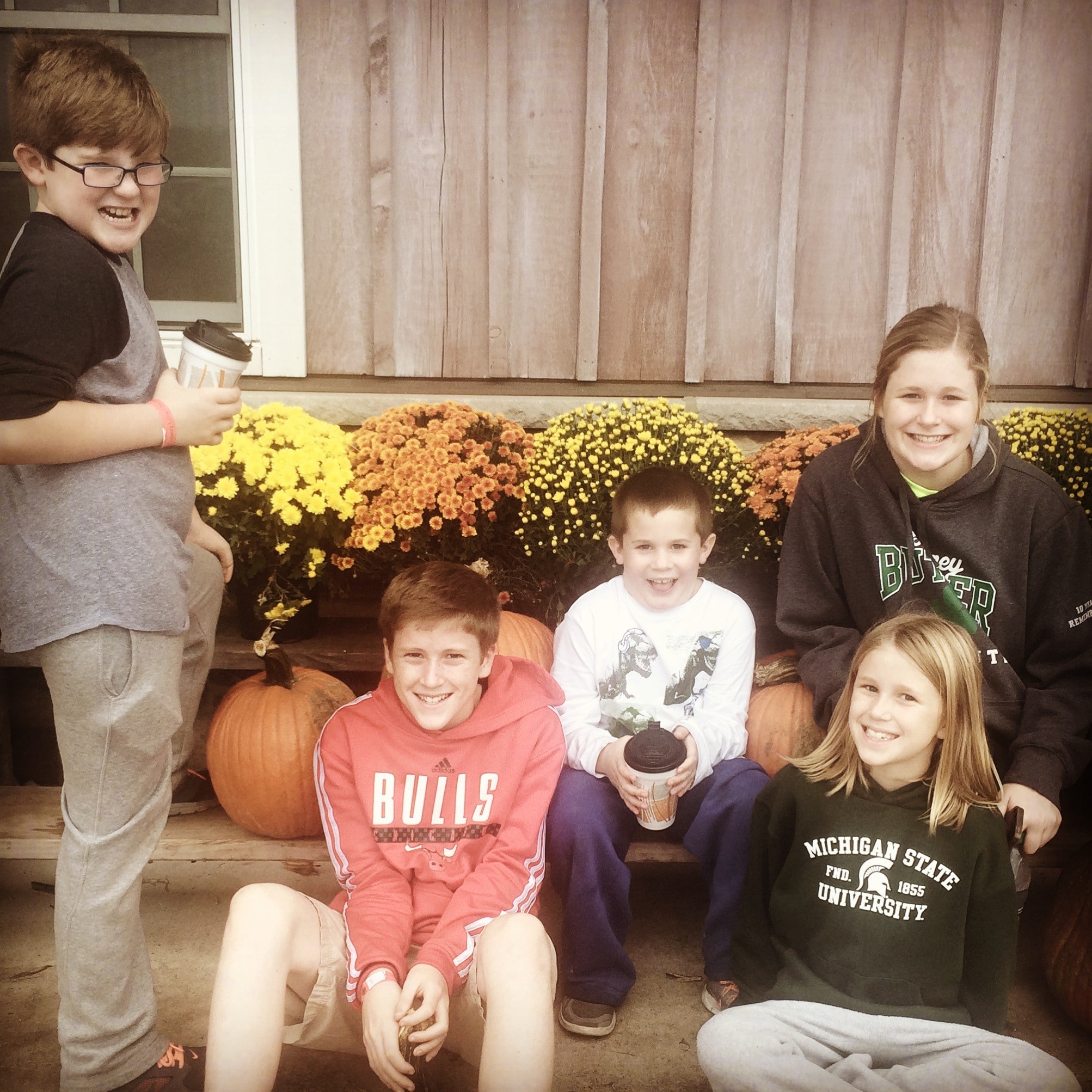 The oldest son - J - came home from school after career day this week and told me that he took an online test in class that spit out answers for what he is best suited to choose for a career. Number one? I'll  give you one guess...

Garbage carrier. That is the actual career term. How awesome.

While this made for a spectacular dinner talk that evening among the seven of us, he later quietly pulled me aside and said to me "Don't worry mom, I won't be a garbage man, I won't let you down like that. You know that right?"

And this got me thinking, have I instilled in my kids what being successful as a grown up really is? Is he so concerned with letting me down that he would pick the route of accountant or lawyer because he thinks this would make him successful in my eyes or his own? Then I wanted to throw up or cry at the thought of him worrying about his career being acceptable to me. I don't have to live happily with his job, he does! Come on, be whatever you want! This particular kid has wanted to be a fireman or policeman basically since he could talk, and I have always told him that those are great jobs that involve service to others, but does he believe me? And would I really be fine if he chose to be a garbage carrier? I like to say I would, and that I could give a shit what anyone thought if I said my son was a garbage carrier, but I don't know if that is really true. Saying my son is a lawyer or a CEO or an accountant certainly sounds like it would come out of my mouth pretty easily and with a smile from me and who I was talking to...so maybe I am full of shit and he can sense it. But I really hope not.

I like to think I have taught my children well, and that I make sure they understand education and academics are important to growing up successful, but it is not what life is really about and certainly not what they should want to be the barometer of being a successful adult.

I have always told my kids what I feel is most important to be when they grow up, though my husband would probably disagree with me. And after years of getting it wrong, getting divorced, being horribly unhappy and being incredibly happy again, there is really only one thing that means anything at the end of a day, year, or a lifetime. The only thing that matters and will bring you happiness on the inside and outside. Being a good person. The rest is all bulshit. Total bulshit. As far as I am concerned, having an Ivy League education, some job that society tells you is successful, having tons of money...all of that is a bonus, and none of it should be ultimately what you should want to be when you grow up. You should want to be a good person. One who is kind, one who is generous, one who plays with their kids, one who loves their wife/husband, one who laughs extra hard with their family - if you can do all of this while taking big vacations, having a fancy car or living in a big house, then great, but if you can't who f--king cares. If you can do all of these while living in a small house and taking your kids to McDonald's because that is what you can afford, you are literally living the best life and the life you were meant to, and that is success right there. It is not the money or the job, it is the person that makes happiness or success. Period.

And never did I want to regurgitate this more than I did yesterday when my son said he wouldn't let me down by being a garbage man. Maybe I don't say it enough, or maybe all the jokes about it at the dinner table got to him, I am not sure...but if he picked garbage man at the end of the day I could give a shit so long as he is a good person. And he is a good person, remarkably so. He is the kid parents always tell me they hope their kid turns in to as a teenager, he is the kid who won a school district award for including special needs kids in intramural activities. He is the kid the principal wrote to me and told me was an exceptional young man in the same email he was writing to tell me the kid had gotten into serious trouble in gym class, he is the kid that teachers from years past still check in on because they enjoyed him so much. He is the kid that will go far even if he is a garbage carrier. Hell, I know a couple of them and they have great families and like their lives.

So when he pulled me aside and said he won't let me down like that, I simply said "be a shitty human and I will be let down, be a garbage man but still the awesome person you are and I will be grateful you're my kid...now go clean your damn room and take a shower. And no more fortnight." I think I got it right this time. But then again...we caught the oldest kid vaping nicotine, so, back at zero I guess and on to tomorrow 🙂