Honey doesn't get enough credit in desserts and it really should. A homemade honey pumpkin pie recipe creates a richer and more luxurious pie for sure. Pumpkin is one of the most sought after fall dessert flavors, and it is no secret why. It is easy to bake with, especially using canned pumpkin (which is widely available), lends itself well to warm spices, and goes well in a variety of baked and non baked desserts.

Since pumpkin is pretty much the quintessential flavor of homemade fall desserts, and using canned pumpkin makes for easy baking, I have so many pumpkin recipes and I am never sure what is my favorite...pumpkin pie milkshakes or chai spiced pumpkin pie or maybe pumpkin gingersnap parfaits? And of course don't forget the ever-famous pumpkin spice latte, probably the most famous spiced pumpkin recipe there ever was.

What is the difference between canned pumpkin and pumpkin pie filling?

Another convenience option you might see at the grocery store is premixed pumpkin pie spice (ine the spice aisle). This is a prepared mix of traditional pumpkin pie recipe spices. And while this isn't necessarily a bad thing, I do not use this in this honey pumpkin pie recipe or any of my homemade pumpkin recipes.

Why use honey in a pie?

Honey replaces using sugar in this spiced pumpkin pie recipe. Using honey contributes to better caramelization and gives a better overall texture. And while having a different flavor than sugar, it also is more complex and adds a deeper flavor.

I am not going to lie, using honey in baked desserts is relatively new to me, as I was unsure if I would like the flavor it imparts. But I love it. It has floral and almost buttery notes about it, and its not refined like sugar, and you use less than you would the amount of sugar...so a teeny bit healthier.

I kept this honey pumpkin pie recipe simple with familiar warm spices everyone has come to know and love.

This will be hard, but try not to overbake. When you see the pie is jiggly in the center, it is DONE. I don't mean almost done, I mean take that pie out and set it on the counter to rest. Baked custard pies can be tricky because they often don't look like they are cooked through the center. But they trick you, because they continue to cook out of the oven. And if you leave it in the oven until the center is totally firm, you will have an overcooked pie that might crack all over. This is single handedly the hardest thing to learn about baked custard pies, and one that I still mess up once in a while.

What do you serve with this?

A big huge spoonful of barely sweetened whipped cream will do just fine. 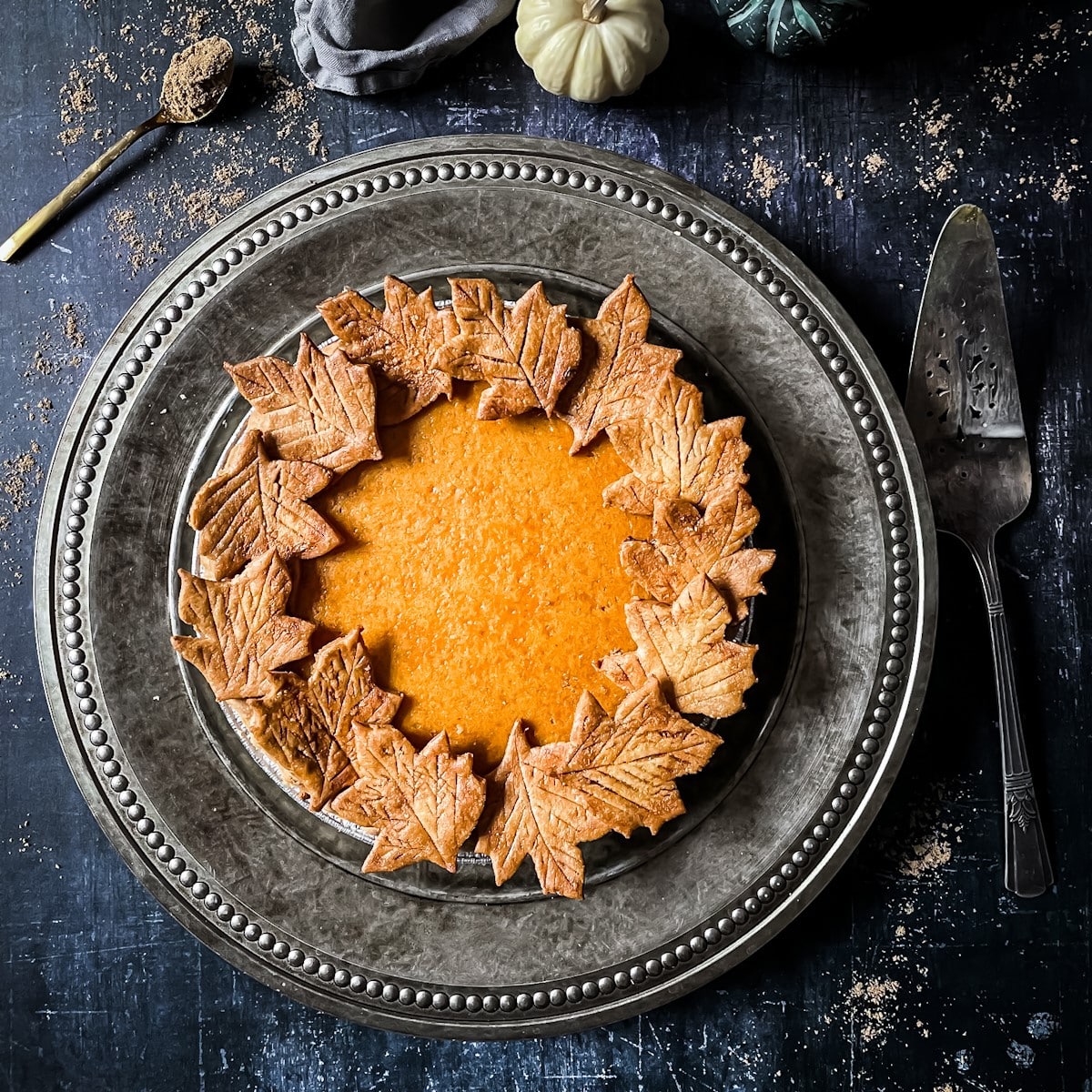 Serve with whipped cream on the side. Pumpkin pie will keep in the fridge for up to three days, covered.