Home » Recipes » Everything else dessert

Blood Oranges. They are God's gift to shitty winters. And they stick around just a tiny bit longer than winter, which is ok with me, cause they are killer in creme brulee.

Blood Oranges are super fragrant and much less acidic in flavor than a regular orange, giving a vanilla-based creme brulee almost a floral fragrance and a light citrus flavor...really unique, people will talk when they try it - in the best possible way. 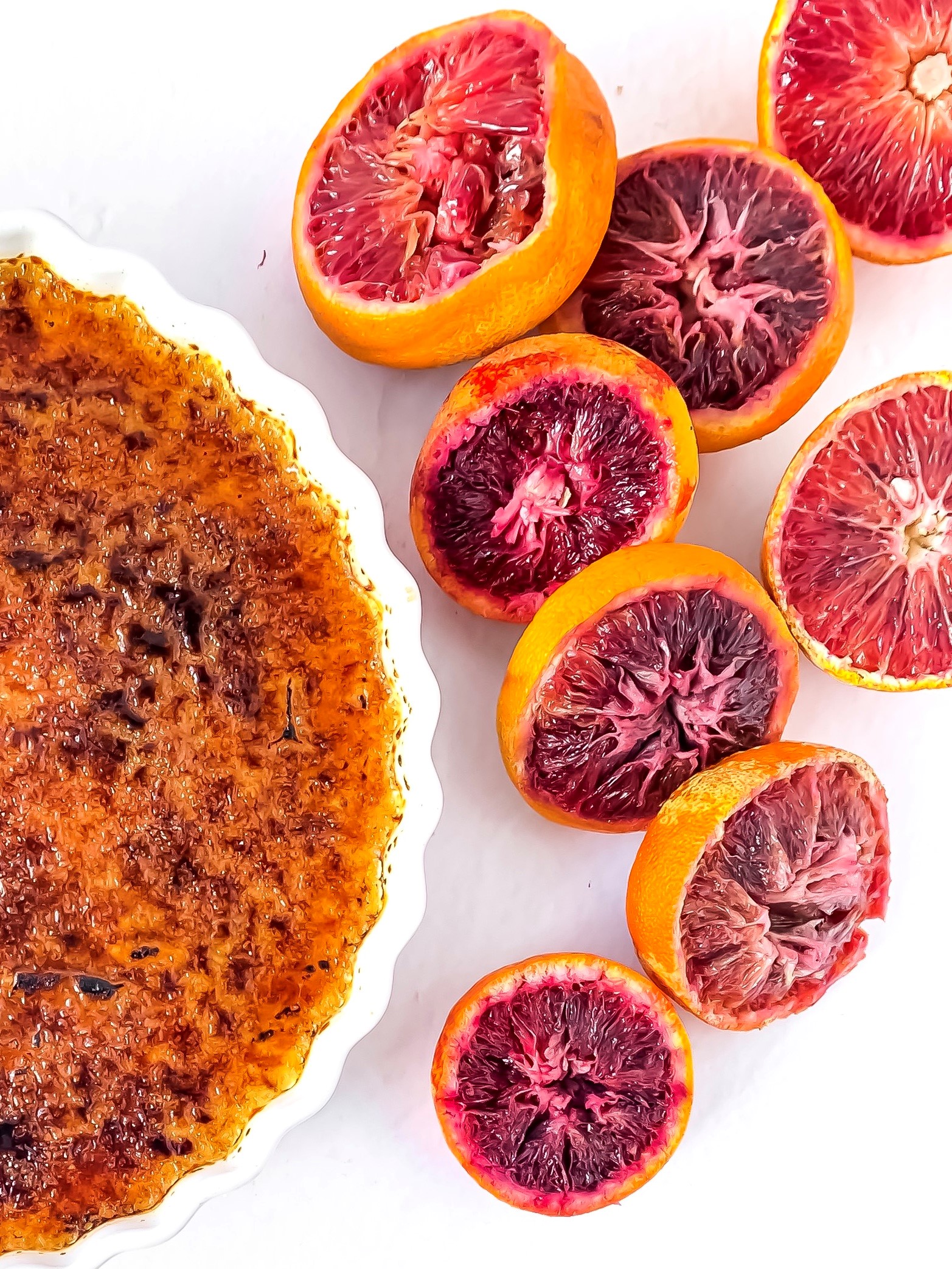 I have few blood oranges lingering on my counter, and in the grocery store yesterday they were still available, so I am telling you, go grab a bunch! Make this blood orange creme brulee with a few of them, and then have a few extra and squeeze the juice into a glass of prosecco or champagne - you WILL NOT BE SORRY - which will likely turn into several glasses, and that is just f'ing fine!

I threw on some candied blood orange pieces for dramatic effect and because I love eating them, but I will tell you, my husband and the one kid who eats creme brulee immediately removed them all from theirs - emphatically telling me that creme brulee doesn't need anything on top. So add those at your own risk - purists will not want them. 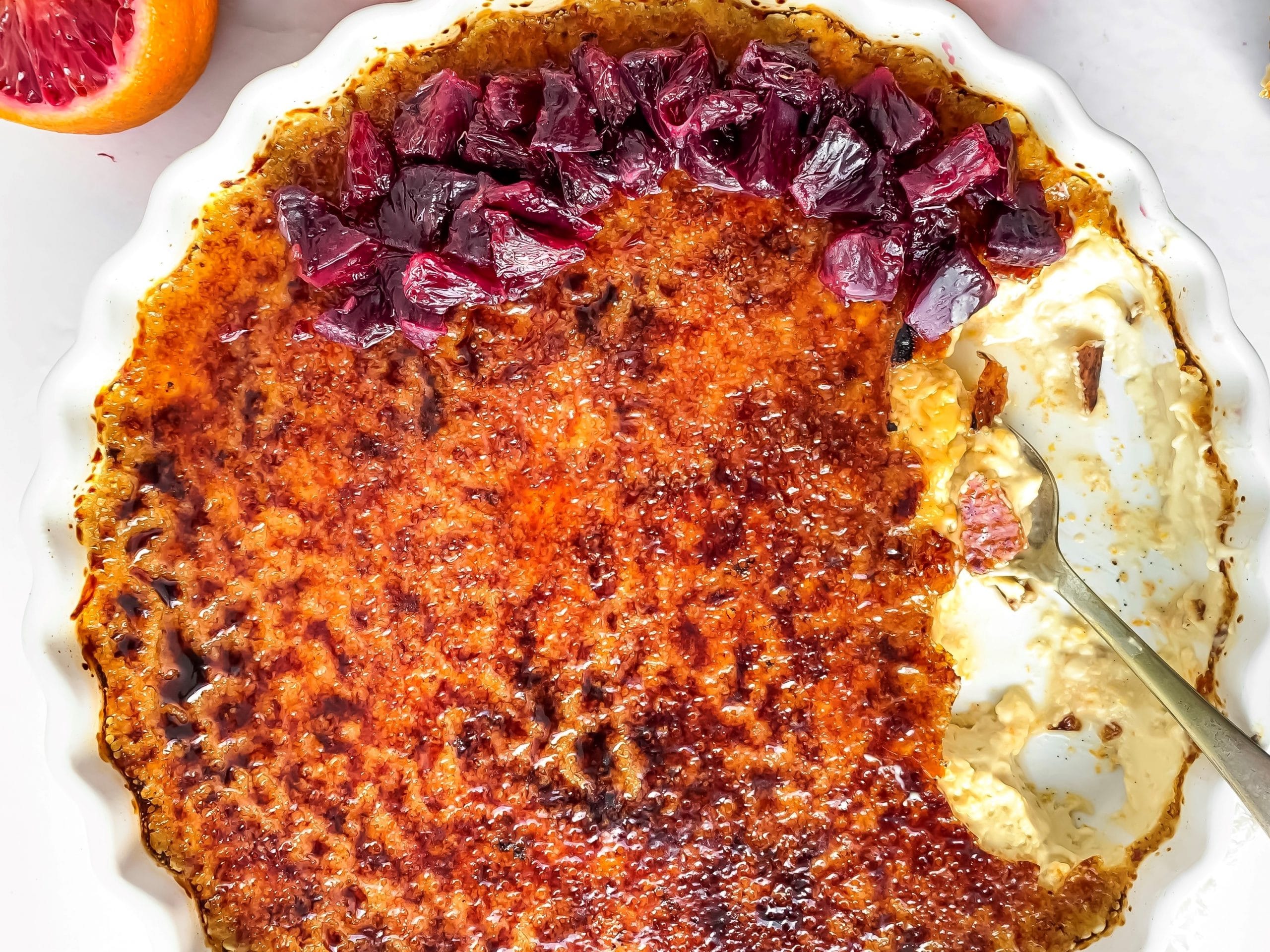 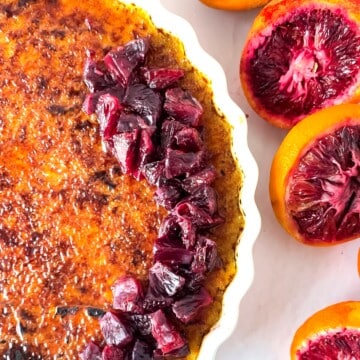 I have a torch and I love it for this - and other things - it gives you great control over the caramelizing. If you don't have one, just watch carefully in the broiler, because it can burn in an instant.
Tried this recipe?Let us know how it was!

More Everything else dessert