This is not just any cake - I promise you. Black forest cake is something special. Homemade chocolate cake, a rich cherry filling and homemade whipped cream...this is a cake that sits atop most cakes. And you should absolutely make one. 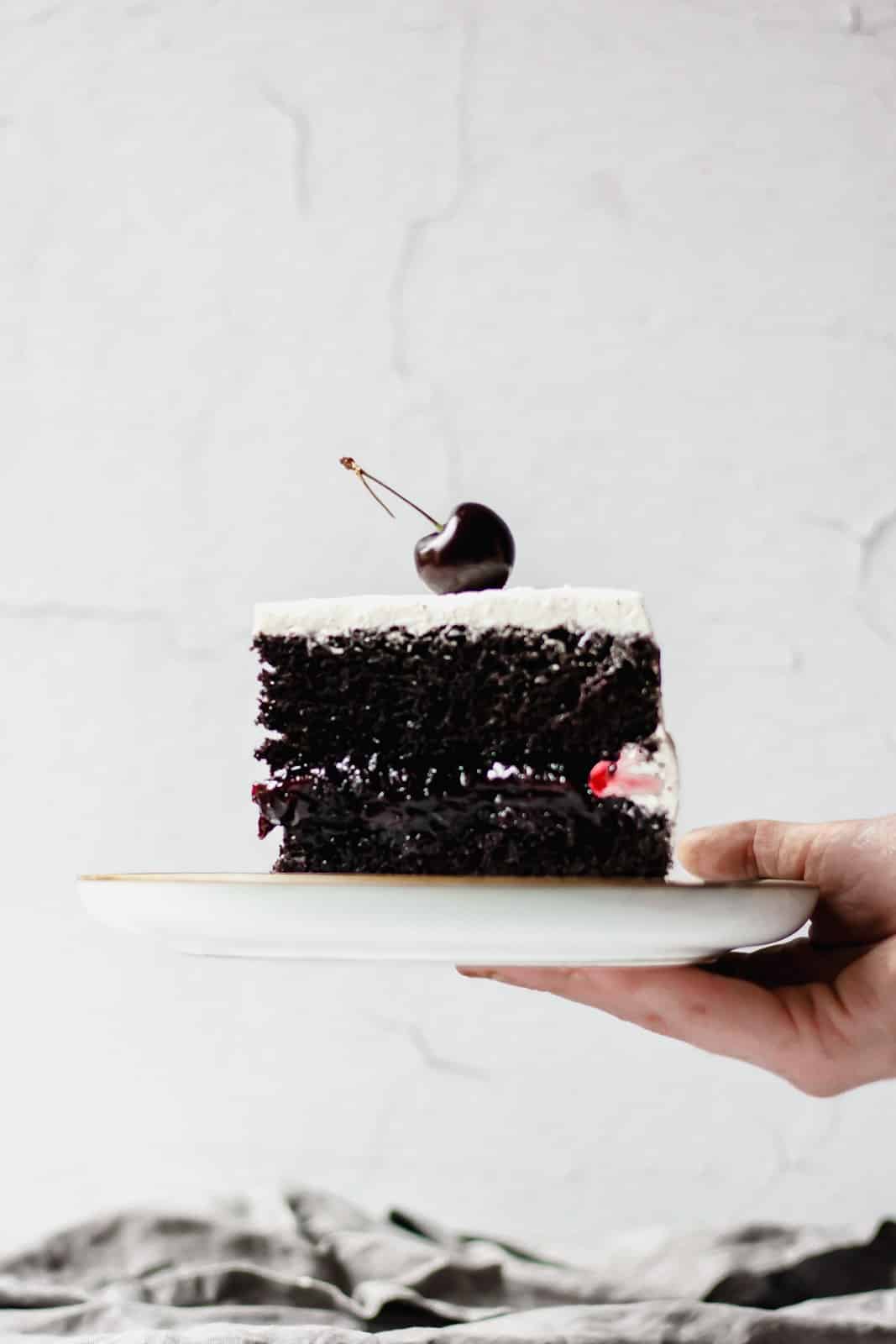 What is black forest cake?

The traditional black forest cake recipe is German and is actually called Schwarzwälder Kirschtorte. It gets its name from Kirsch liqueur which is made from Black Forest (in Germany) sour cherries.

Typically black forest cake is chocolate cake layered, with cherry and kirsch filling (the Black Forest part) and whipped cream between each layer. The cake is then decorated with piped, whipped cream, and chocolate shavings. And I mean, who would say no to this?? Nobody that's who.

And this is where my recipe comes in. Not totally traditional, but still awesome and worth making.

What you need for this recipe:

Now if you have kirsch liqueur and don't have the Luxardo syrup, just sub the kirsch right in for the syrup - no problem. 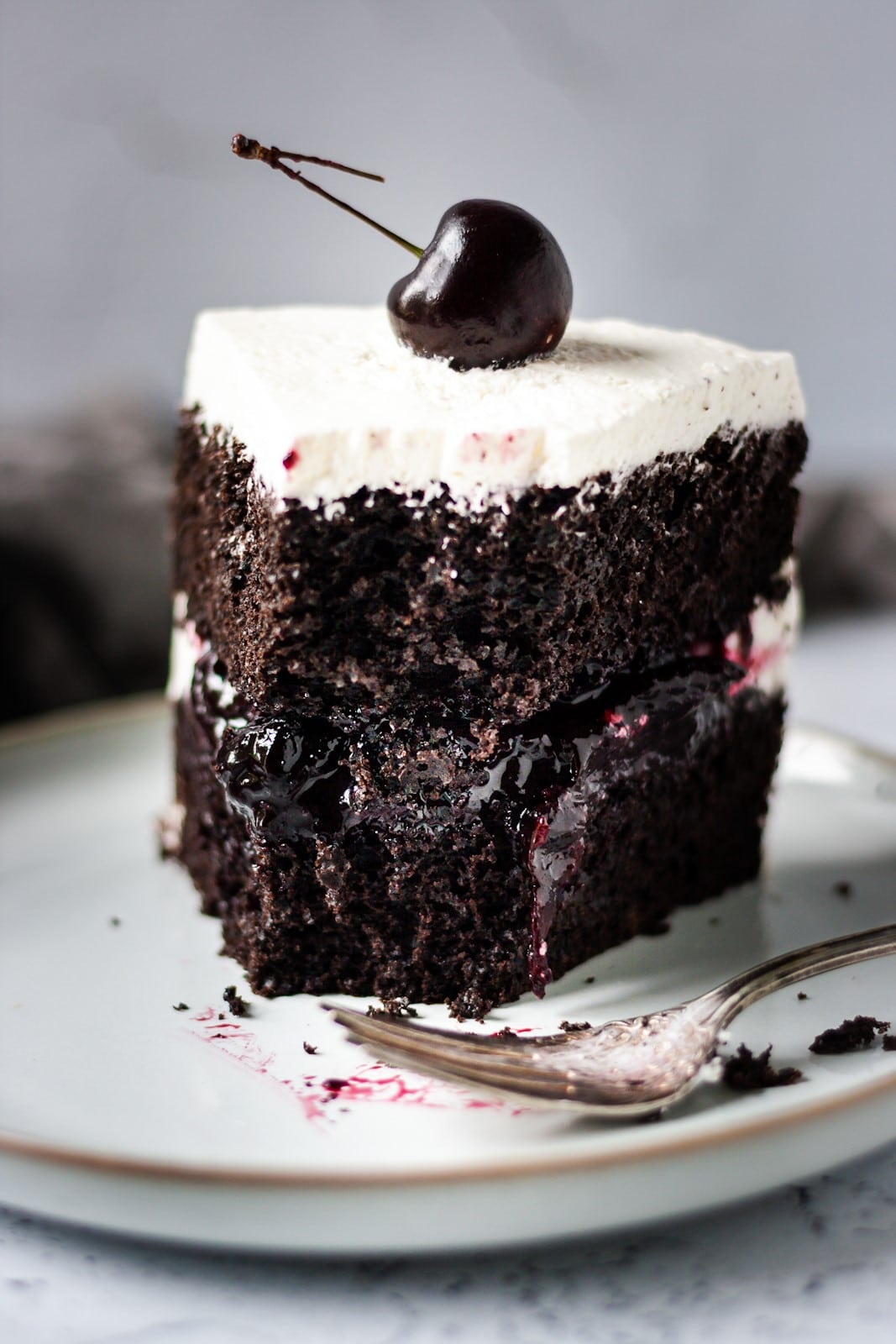 Per usual I like to give a couple pro tips that I think make this the best.

While a traditional black forest cake will be topped with chocolate shavings, I am a lazy baker sometimes...and I just topped mine with a couple of fresh cherries...tho a little extra whipped cream wouldn't hurt this if I do say so myself. 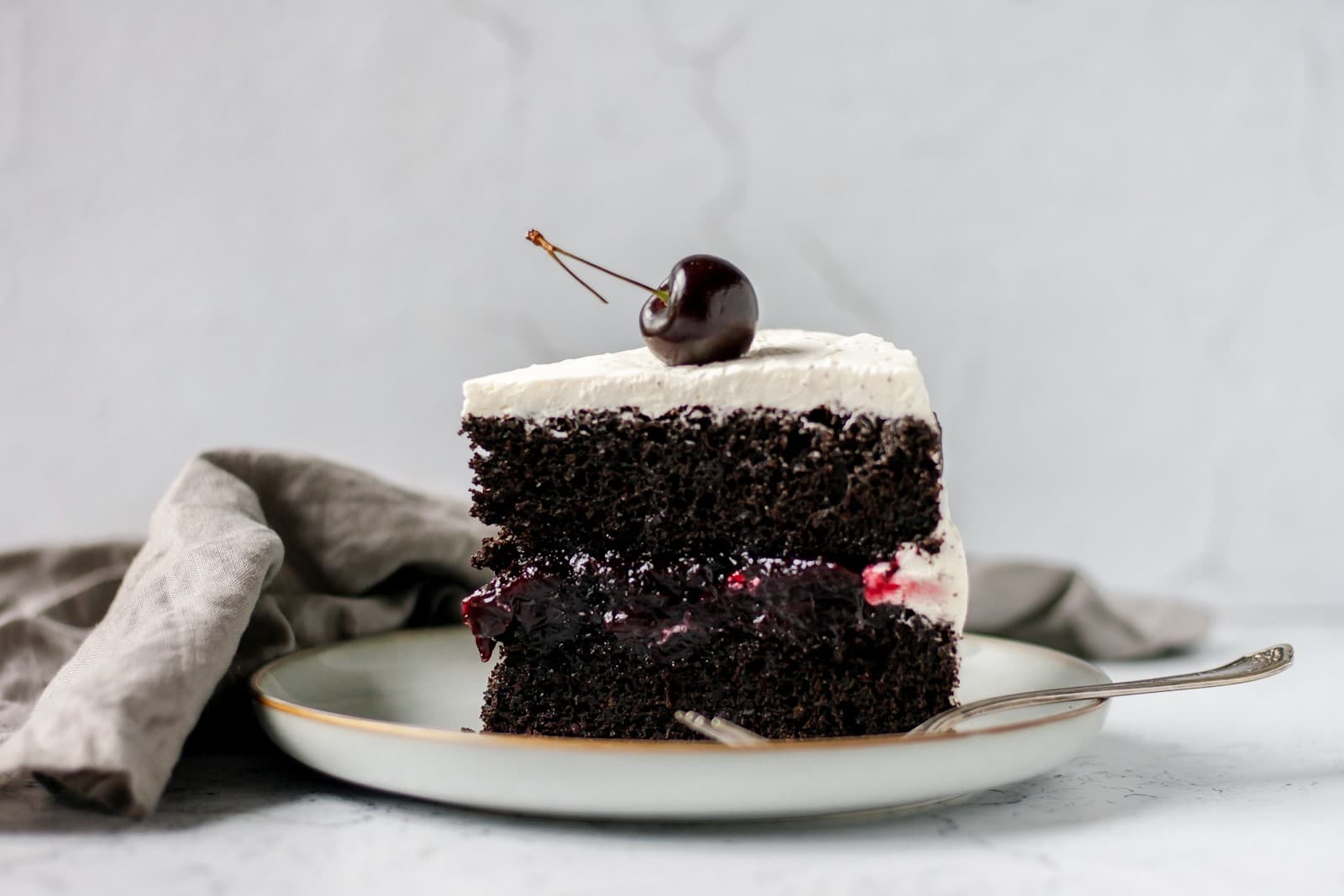 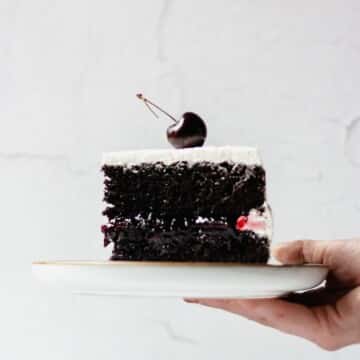 For the cherry filling

For the whipped cream

To make the cake

To make the cherry compote

To assemble the cake

Keyword cake
Tried this recipe?Let us know how it was! 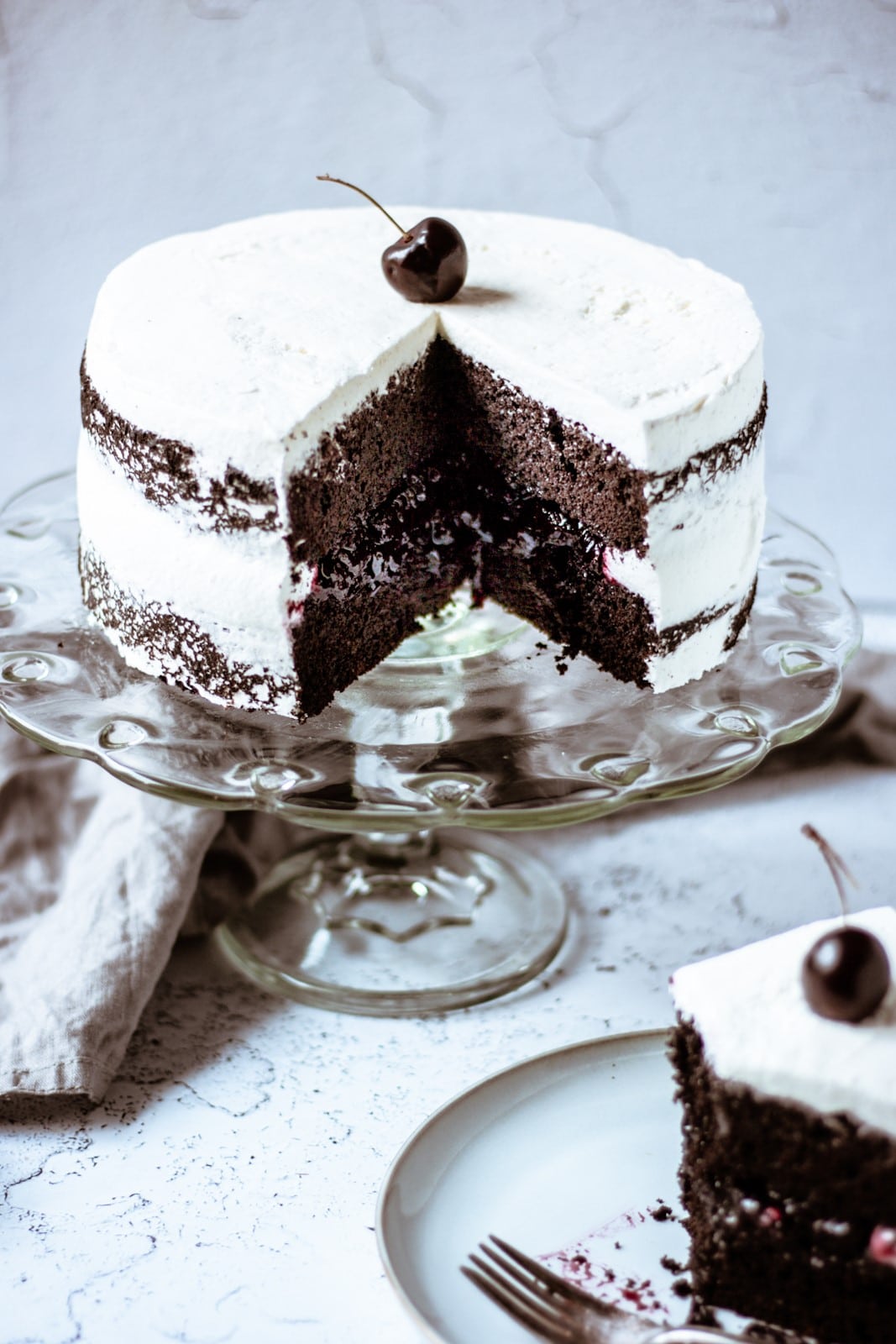