With a few simple ingredients you can have this creamy, velvety, super cheesy and savory soup on the table in under 45 minutes. And let me tell you, this is a stick-to-your-ribs, soup-as-a-meal bowl of soup. This beer cheese soup is not for the healthy, and if you are disappointed than you didn't read very well. Beer and cheese - neither invoke thoughts of healthiness. But they do invoke comfort, fun and deliciousness, and that is what this recipe is all about.

I know, I know. Sometimes I feel like I sound like a HUGE liar here or the master of contradiction. But let me explain. The things I don't like about melty cheese are the following -

This soup doesn't have any of this, the cheese is melted into a thick and creamy béchamel and cream base. it is velvety smooth and has a sharp cheddar flavor. This soup is all about the cheddar, a good sharp one - this is my all-time favorite. 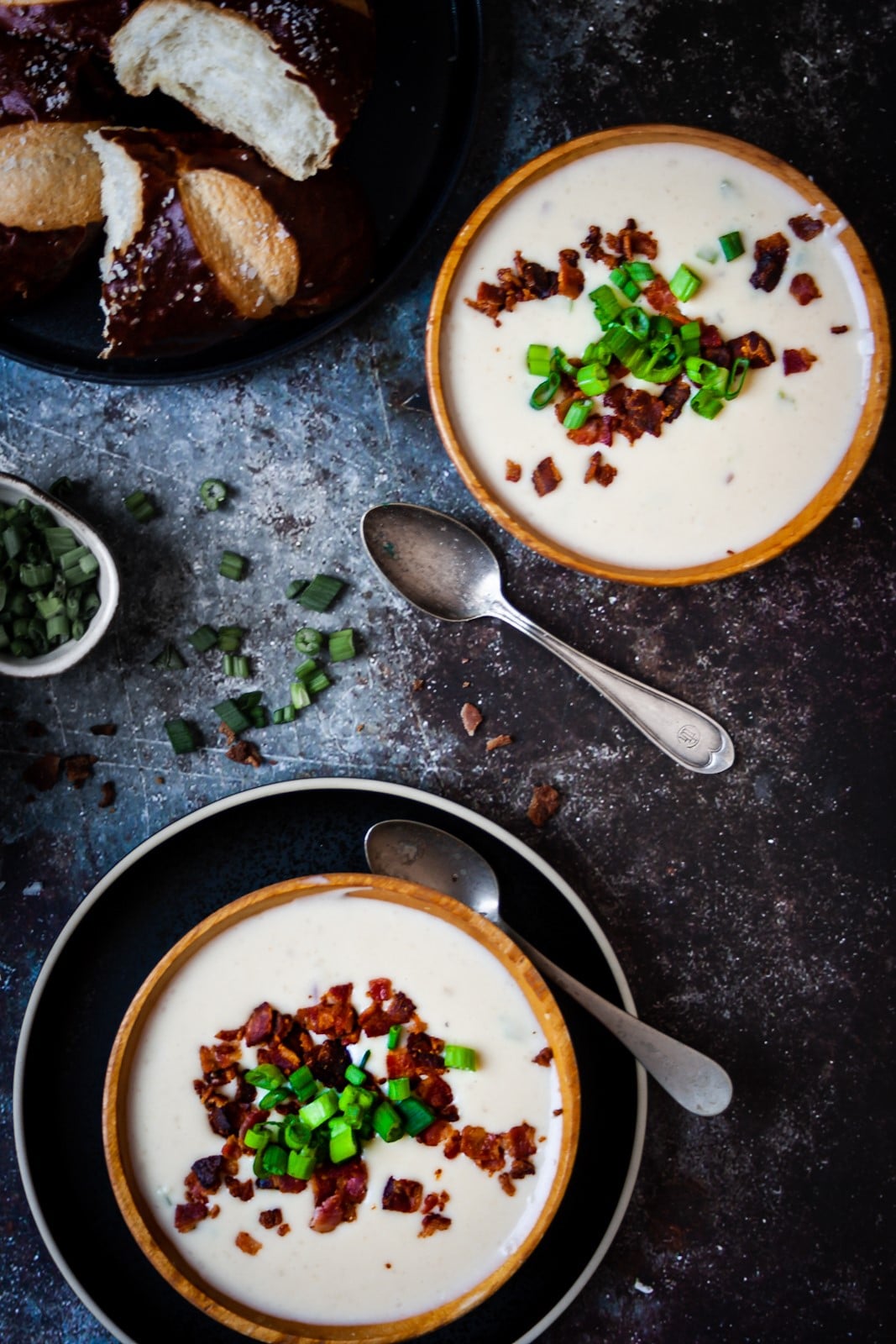 What else makes this the best beer cheese soup recipe?

To start, bacon. Actual bacon and its fat. The roux is a combo the rendered bacon fat and butter. And the bacon is in the soup and a garnish, giving this a salty and smoky element. Some Tabasco adds a nice amount of heat, a little Worcestershire for some tang that unmistakable flavor it brings.

What is the best beer for beer cheese soup?

This really depends on you. I love beer - strong beer that tastes like beer. Something hoppy and pretty bitter. And you should most definitely use what you drink in this soup. I use Fat Tire most of the time, or a Sierra Nevada IPA or the Founders All Day IPA. But I have also used Stella Artois and even Miller Lite in a pinch, it just doesn't taste so much like beer. So choose based on what you have and what you like.

Last thing - all soup needs bread. And you before you say anything - this already is not some healthy, low calorie meal. This is a meal about comfort warmth and deliciousness. So you might as well carb it the f--- up with some killer pretzel bread. Make your own or buy some, but I HIGHLY recommend a big hunk of pretzel bread for every one. 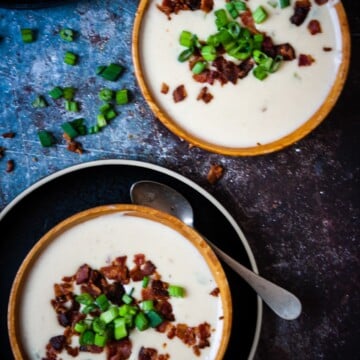 Note - Best served with a little extra bacon and green onion for a garnish and LOTS of pretzel bread.
Tried this recipe?Let us know how it was!