I mean, if you can't beat 'em, join 'em, right? And there is no way to beat this delicious, stupidly simple dessert. Except when you make it my burnt Basque cheesecake with RASPBERRIES baked right into it. 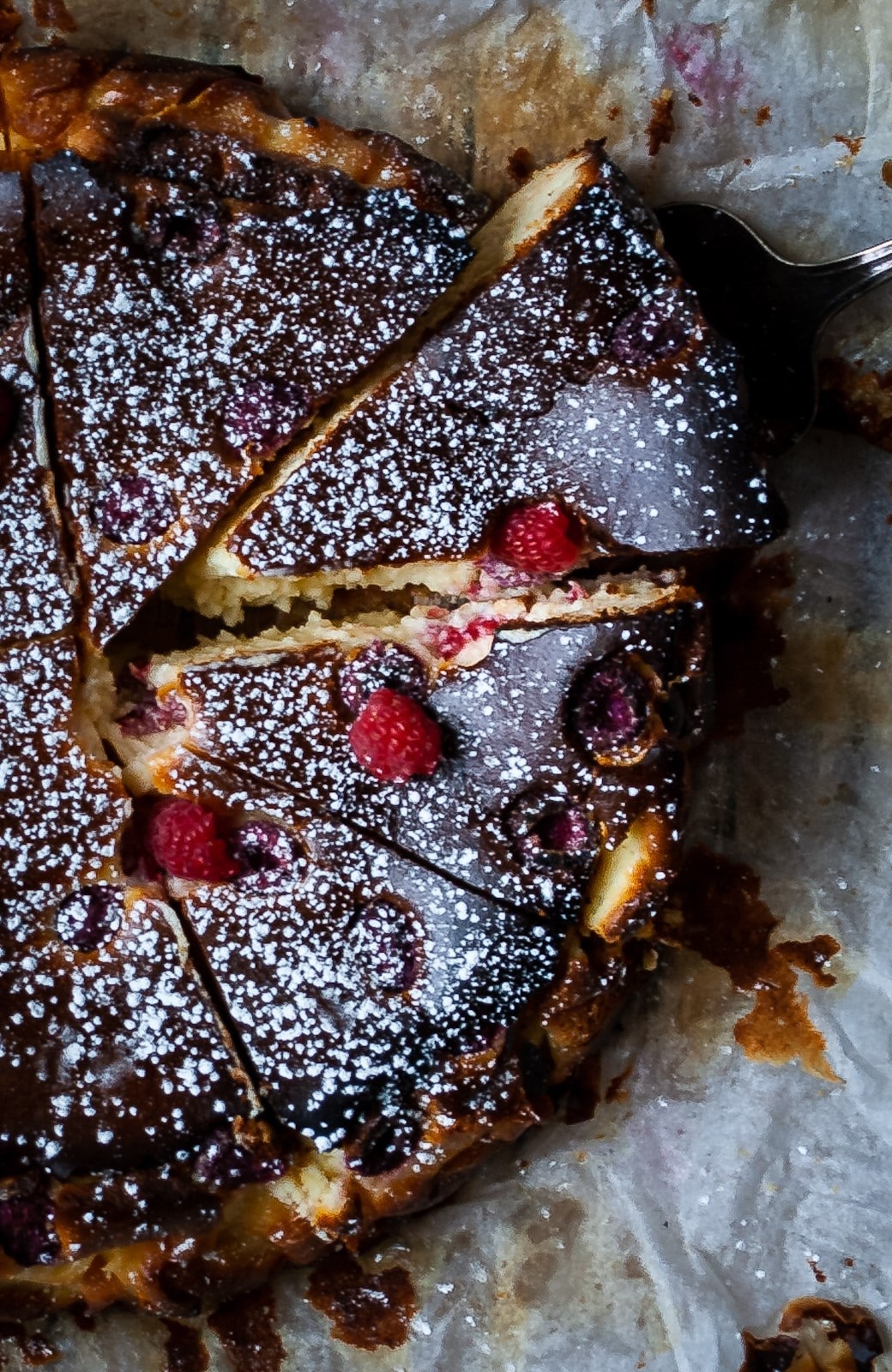 I have seen this everywhere, what is Burnt Basque Cheesecake?

I have seen it everywhere too, and I am embarrassed to say it took me this long to create one of my own. This dessert originated in the Basque region of Spain, supposedly in the early 90s near San Sebastian. The Basque region is located in Northern Spain (on the French border). They have a unique culture and many who live there have a sense of nationalism different separate from Spain. There is a truly fascinating culture there and the cuisine is simply amazing. And while I wrote an entire thesis around Basque nationalism and ETA in college, and became completely engrossed in there culture and cuisine - I had never heard of this dessert before...so whether or not it actually is a Basque original - I have no f---ing clue. 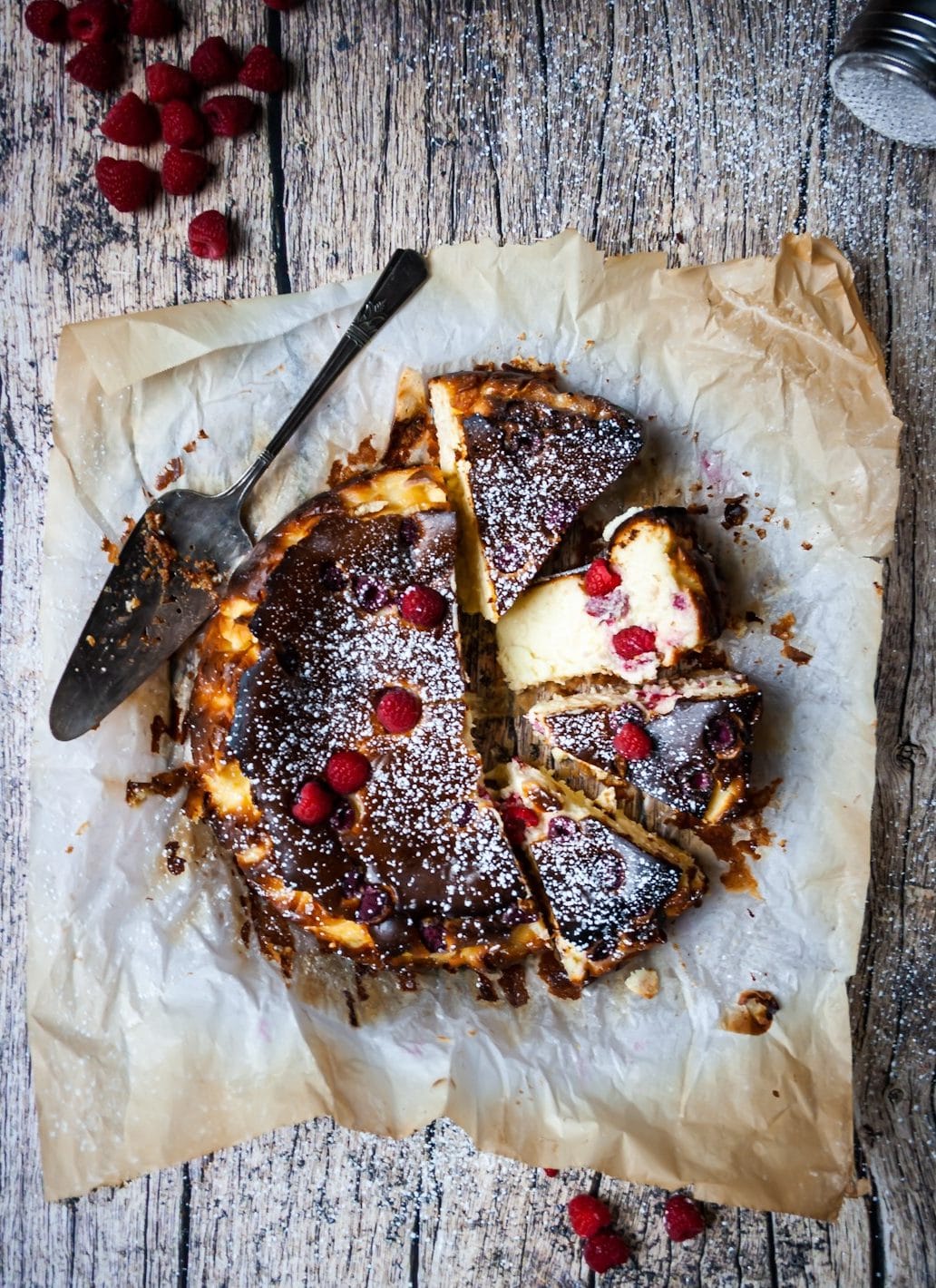 What is it and how is it different from an American cheesecake?

So the burnt Basque cheesecake has all the ingredients of a regular cheesecake with a few awesome modifications, that not only work - they work like magic.

Burnt Basque cheesecake is like an anomaly. Aside from taking everything you know about baking a standard cheesecake and tossing it out the window, you can also take everything you know about the taste and texture of cheesecake and toss it as well. Taste would be similar, not too sweet, and hinted with vanilla, but the texture is where it gets you. This cheesecake is creamy, while still so much lighter in texture than a traditional cheesecake. The outside is caramelized so it has a burnt caramel hint as well (think creme brulee). This cheesecake is supposed to be served at room temperature, which I highly recommend. The texture is exactly what you want it to be at room temperature. But it is just as good cold, will just be a bit firmer. 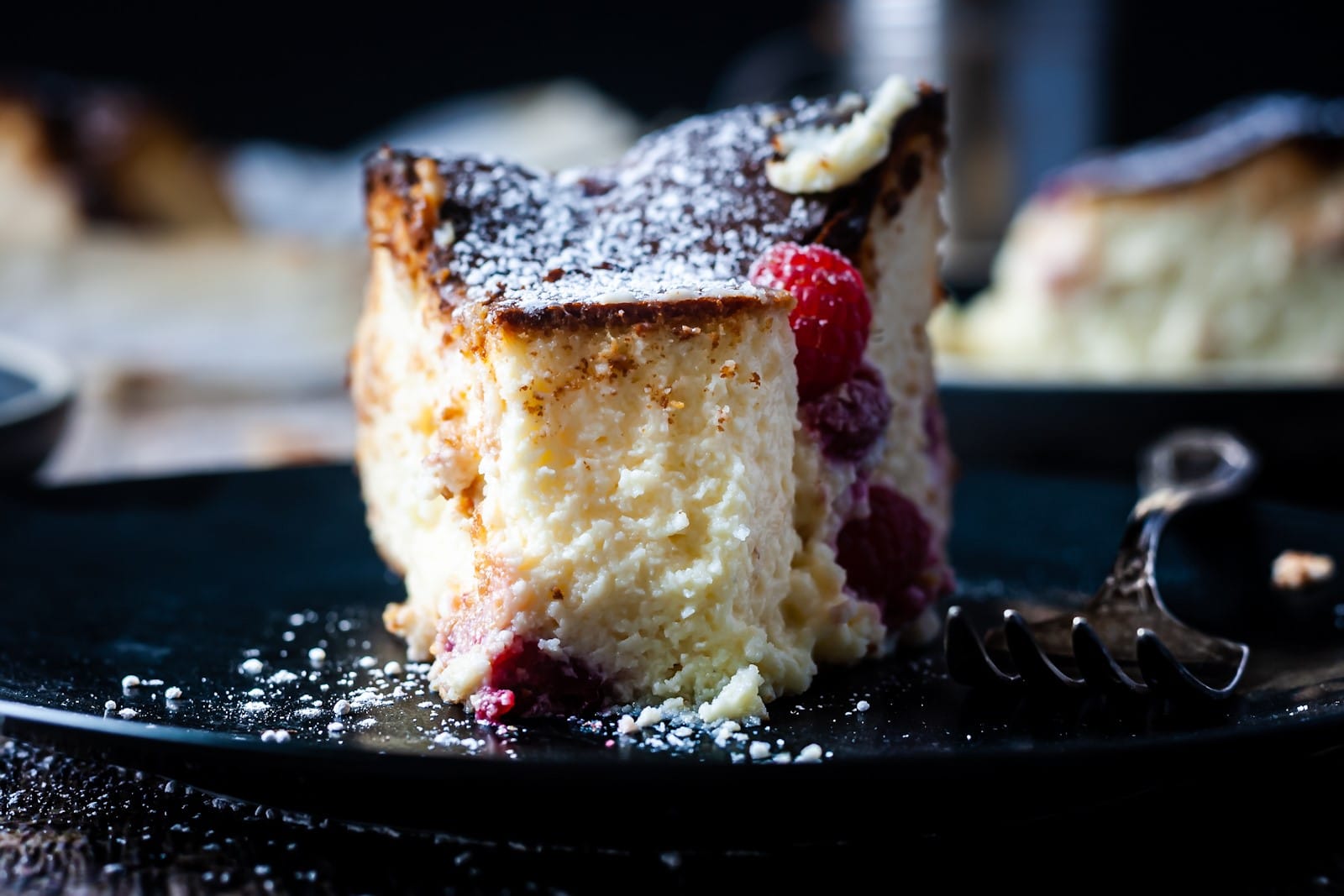 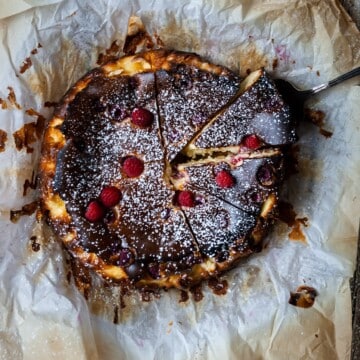 My burnt Basque cheesecake with raspberries

Notes -
Tried this recipe?Let us know how it was!