Summer is on its way out the door but my farmers market is still providing me with gorgeous produce for making a killer salad. Everywhere I look people are pumping out apple and pumpkin recipes. I am just not feeling it yet. I am still buying up all the tomatoes and summer squash I see - though the green beans and varieties of potatoes have also been looking awesome.

This salad has been in my pinterest forever. The dressing sounded super weird so I avoided it during my short-lived salad phase of June of and July. But eventually decided it is now or never as I want to make my way through some of my 1,000 or so pinterest saved recipes. The original recipe - in Saveur - is incredibly adaptable. Basically you can throw in here whatever veggies you find at the farmers market that particular week.

It is definitely a main course salad or a serious side dish at a party. I love the combining of raw, cooked and pickled vegetables in this...it is really interesting and gives so much texture. And the multi grain croutons...I mean, it is bread covered in olive oil, garlic and salt and then toasted. Its like a no brainer that they are awesome. Me and Jim fought over them the first time we had this. 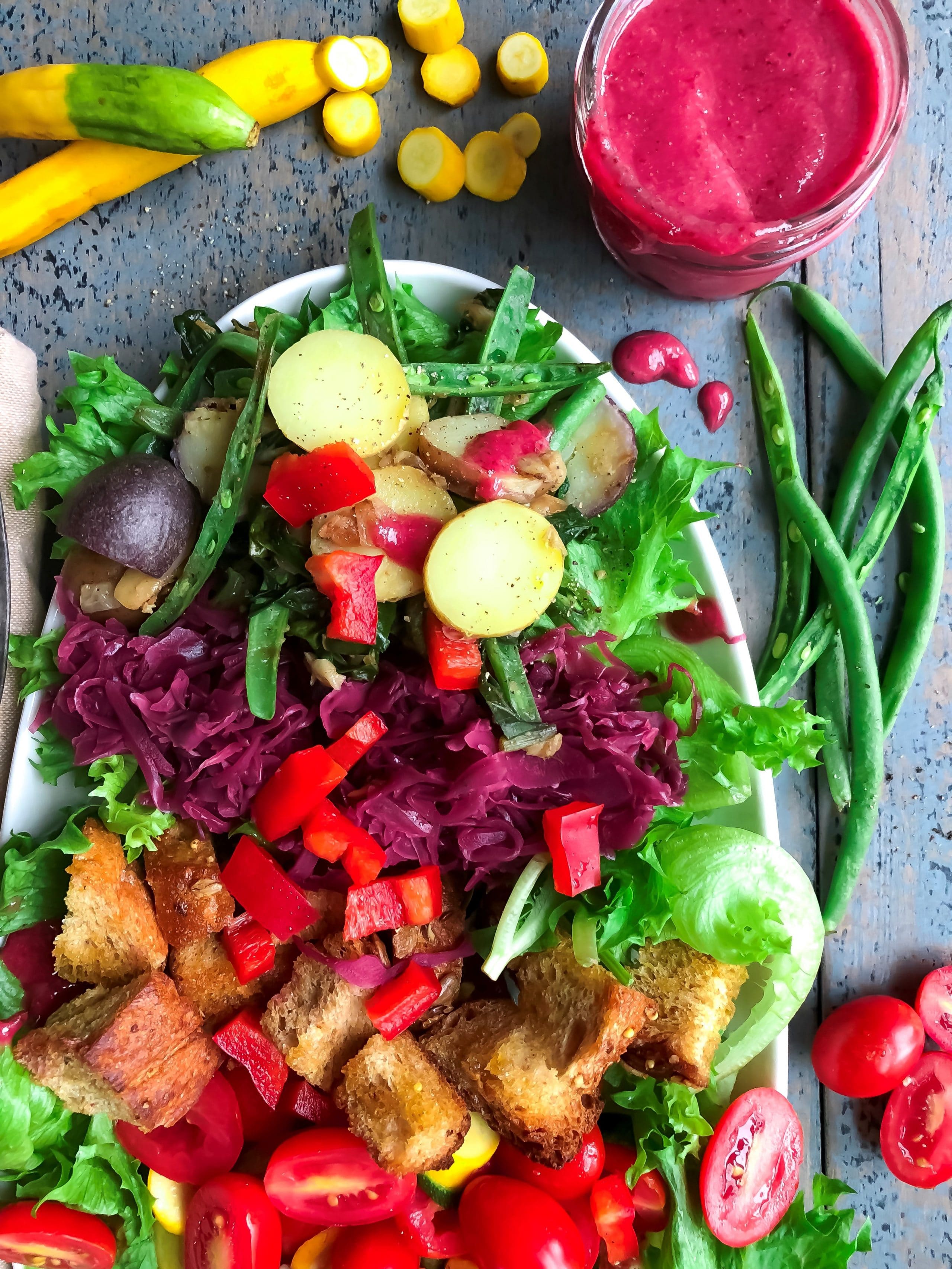 That super weird dressing?? Super awesome. What an idiot I was! It is tangy and sweet and incredibly vibrant and holds up nicely to the heavier elements (like the potatoes) in this salad. I made a tray of this salad for a party last month and didn't tell anyone what was in the dressing (even though everyone asked because of the bright color), I just said it is a vinaigrette and you should absolutely try it...not one person didn't like it. When I  told them it is a beet vinaigrette and I can't tell you how many were shocked because they hate beets. So the message here is - even if you hate beets try this, don't turn away because of the beets...I promise you it is that good. 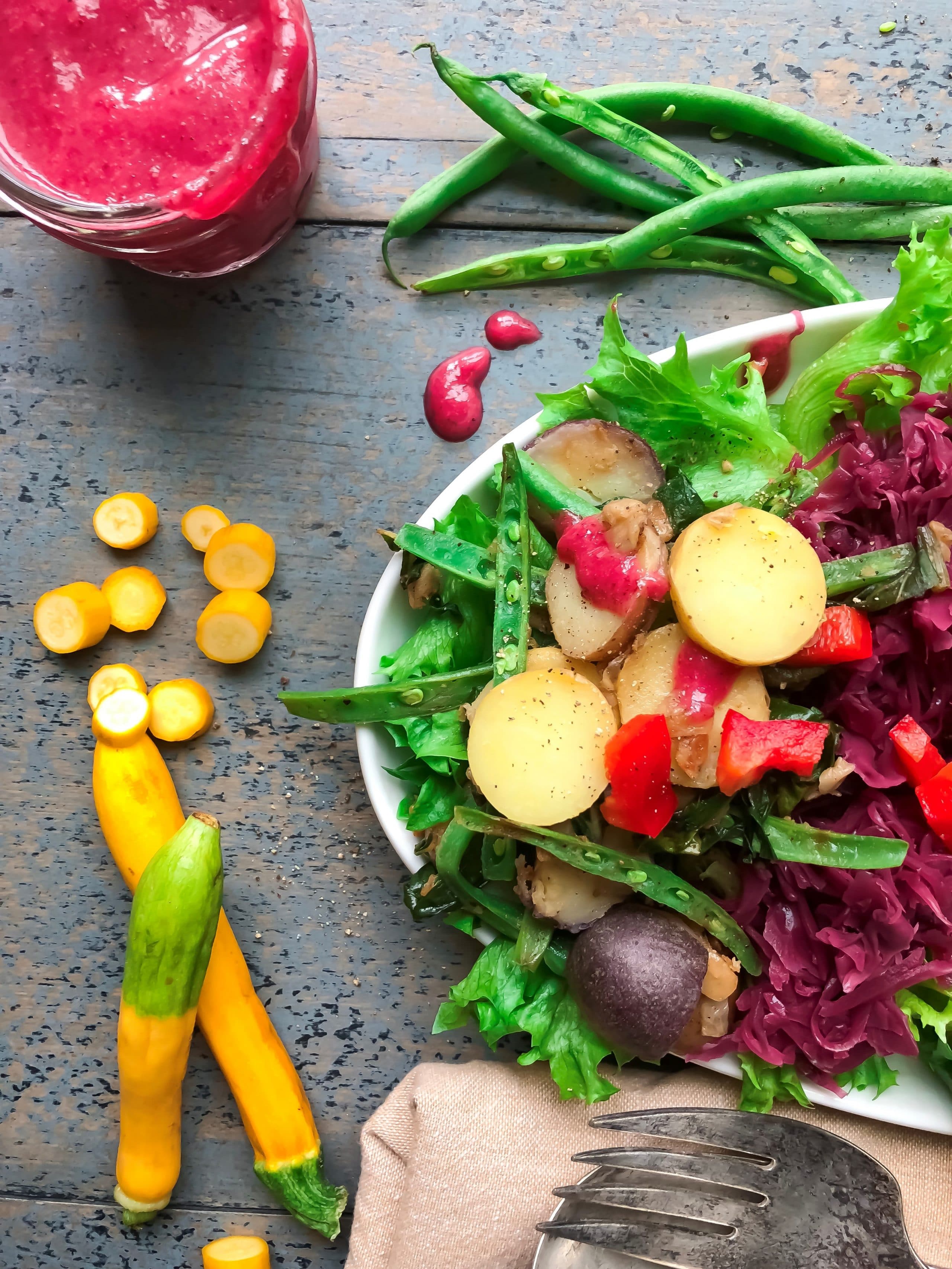 And ultimately, this is a salad for all seasons, use what's available at the time and you won't be disappointed. 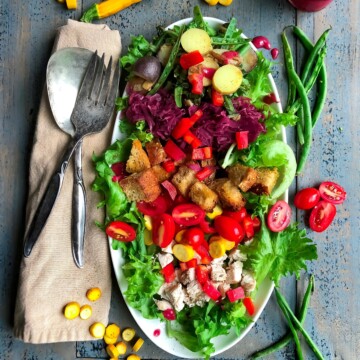 To assemble the salad 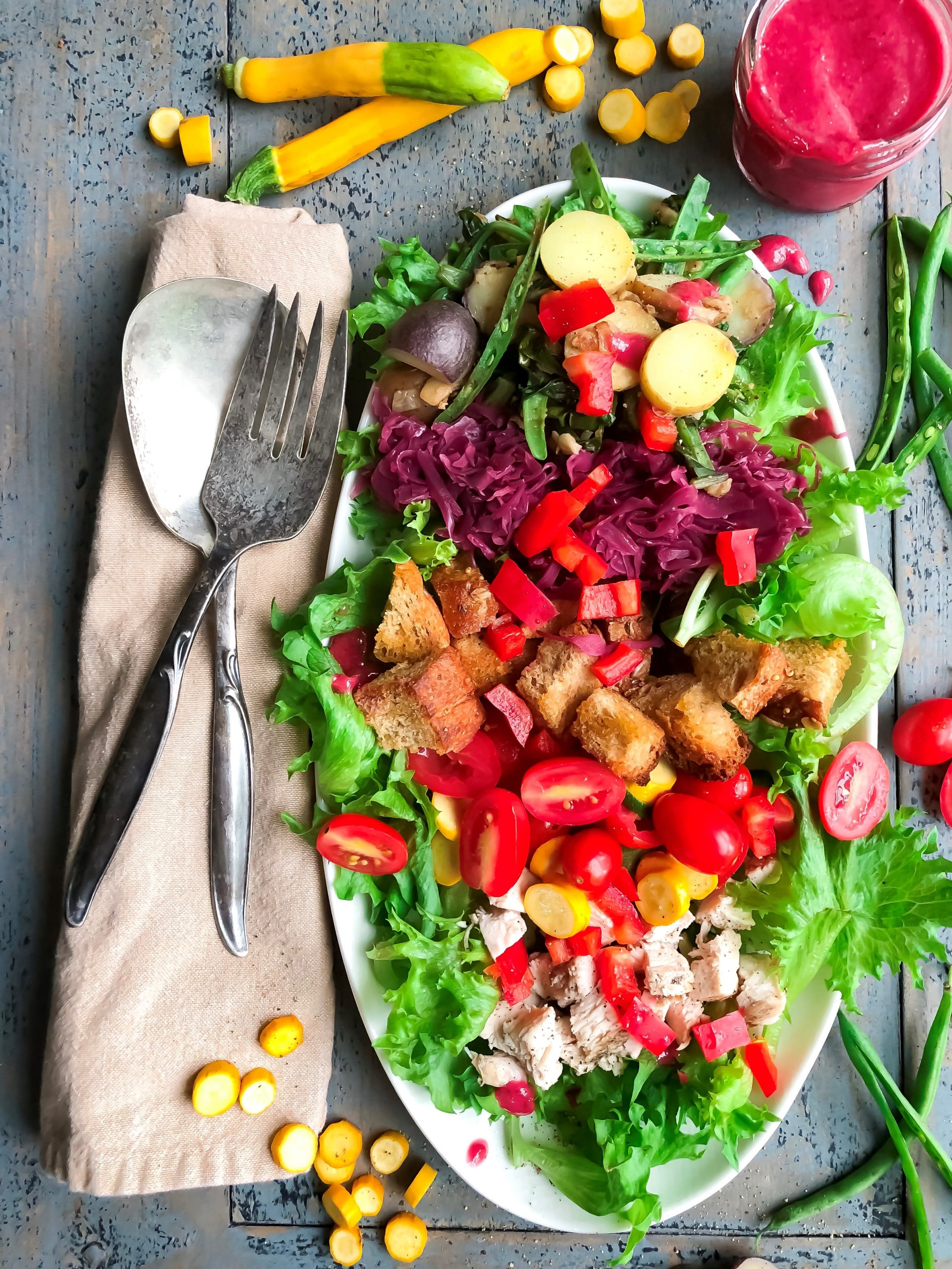 « Tomato and sage savory scones - cause it is still summer to me!
The best chicken salad recipe »