My Pinterest page – what a hot mess. Like I said, one of my goals is to actually make half the shit I pin. And this week I started…and I picked a winner.

Blueberry muffins have always been one of my favorite things. Blueberries were my favorite fruit as a kid, and now are a close second to sour cherries. As a grown up, I tend to rate my fruit on its ability to be awesome in a pie, and sour cherries have that wrapped up. Still, blueberries are up there, they make one helluva pie for starters, but they are also damn delicious in cakes, cereal, oatmeal and muffins.

My mother makes the best blueberry muffins. Hands down. No contest. I have never met a person who doesn’t like them. Ever. They are perfection and I don’t make them. Mostly because I don’t have the recipe, but also because I feel like they just wouldn’t be the same.

Do you have something like that? Something that you swear someone puts drugs in or alters ever so slightly to make better and you can not recreate it? When I was a kid, my grandmother put drugs in her spaghettios, I don’t care what anyone said they were in there. No matter what, hers tasted better than my moms and also then mine now, not that I eat a ton of spaghettios, but on occasion i taste the kids (and don’t judge, everyone needs a can food they like).

My mom used to say maybe it was the saucepan she used – nope – because my mom tried the same one, and they weren’t the same. Maybe the temperature? Maybe she didn’t scorch them or whatever, but they were different. And my mom could not replicate them at home. It drove mom crazy too, but she just accepted it – I still ate them at home, but they were the number one request at my grandma’s for lunch.

And just like the spaghettios, my mom has blueberry muffins. A lot of times I think blueberry muffins at bakeries are too sweet – add frosting and you have a cupcake for sure. But my mom’s are not like that, they are hardly sweet at all and have the most awesome almost bread-like texture. I mean, they are a touch sweet, but really what you taste is the blueberry – she puts tons in there – and not sugar. And she always cut them in half and warmed in the oven – not the microwave, we almost never used a microwave growing up – so they ended up a touch crisp on the cut side and she would melt salty butter on them. Oh my god…how badly I want one right now.

Anyways, this is NOT about my mother’s blueberry muffins because you will never get them to be the same and neither will I, so I spend my time and my Pinterest breakfast board looking for muffin recipes that I can make that will hold me over until the times my mom bakes them (hint to my mom if she reads this). 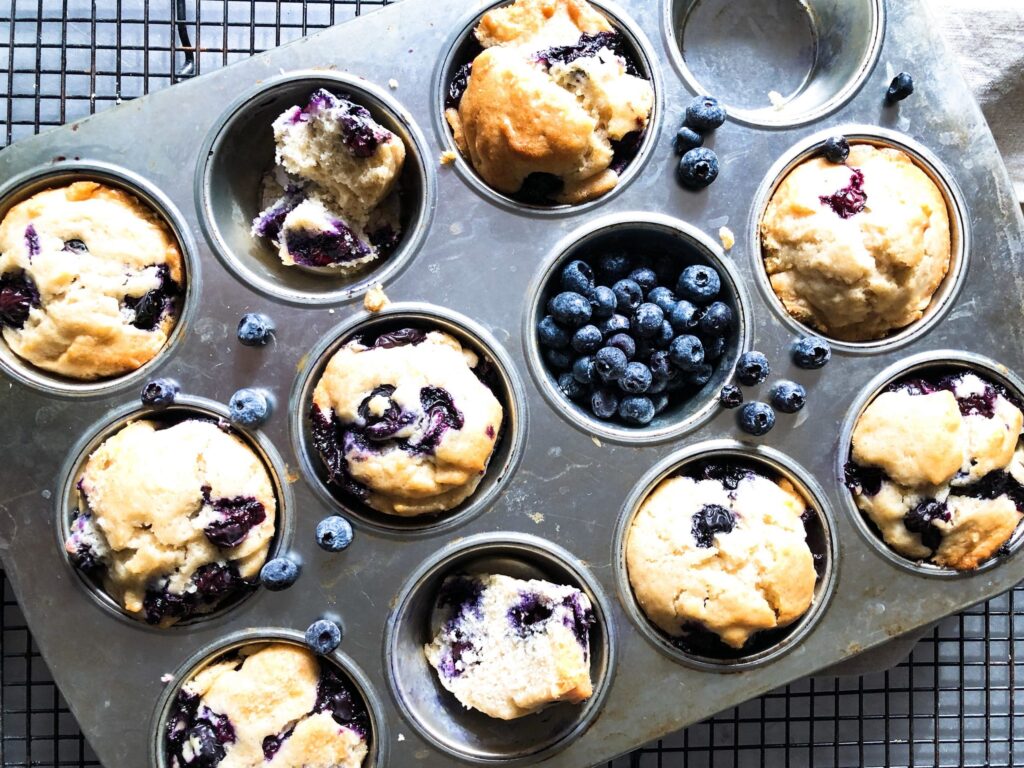 This recipe below is from the Floating Kitchen - a fellow food blogger. And I was extremely happy with how they came out. They are not like a cupcake, and they have lemon zest in them which totally adds a new element to the muffin – they have a sort of bighter taste than a regular muffin. I added 1 ½ the amount of blueberries the recipe called for, mostly because that’s how many I had, but it I will do it that way next time too. There will be a next time because these are delicious, the kids liked them, my office girlfriends liked them and Jim’s work liked them too. This Pinterest pin stays. One down, like a million pins to go 🙂 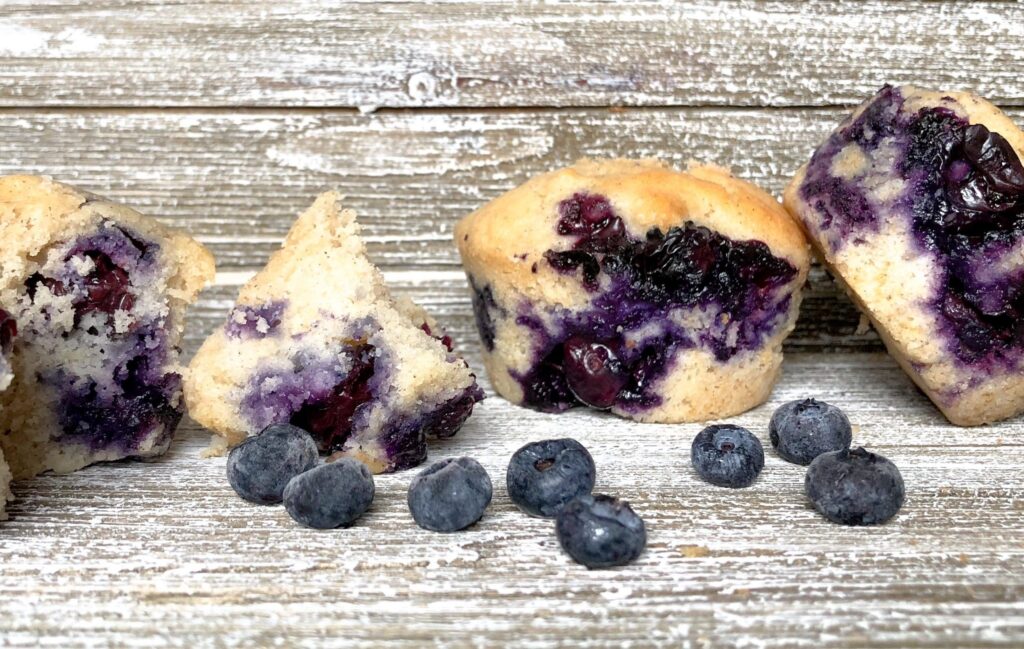 Heat the oven to 375.
Grease a regular muffin pan or use cupcake/muffin liners.
In a small bowl whisk together the flour, sugar, baking powder, cinnamon and salt.
Using a stand mixer with the paddle attachment, combine the butter, eggs, milk and lemon zest on medium speed until all combined. Put the mixer on low speed, and add dry mixture until it is all just incorporated. Then gently fold in the blueberries using a spatula or wooden spoon. Scoop the muffin batter into your prepared muffin tin – I use an ice cream scooper, this makes for even amounts in all the muffins and it makes it less messy and easy. Bake for 25-30 minutes, or until a toothpick inserted into the center comes out clean. Cool the muffins in the muffins in the pan for 5-10 minutes. Then transfer them to a cooling rack.. These kept perfectly fine for three days – then they were gone. I served warm with salty butter…close enough to mom’s. 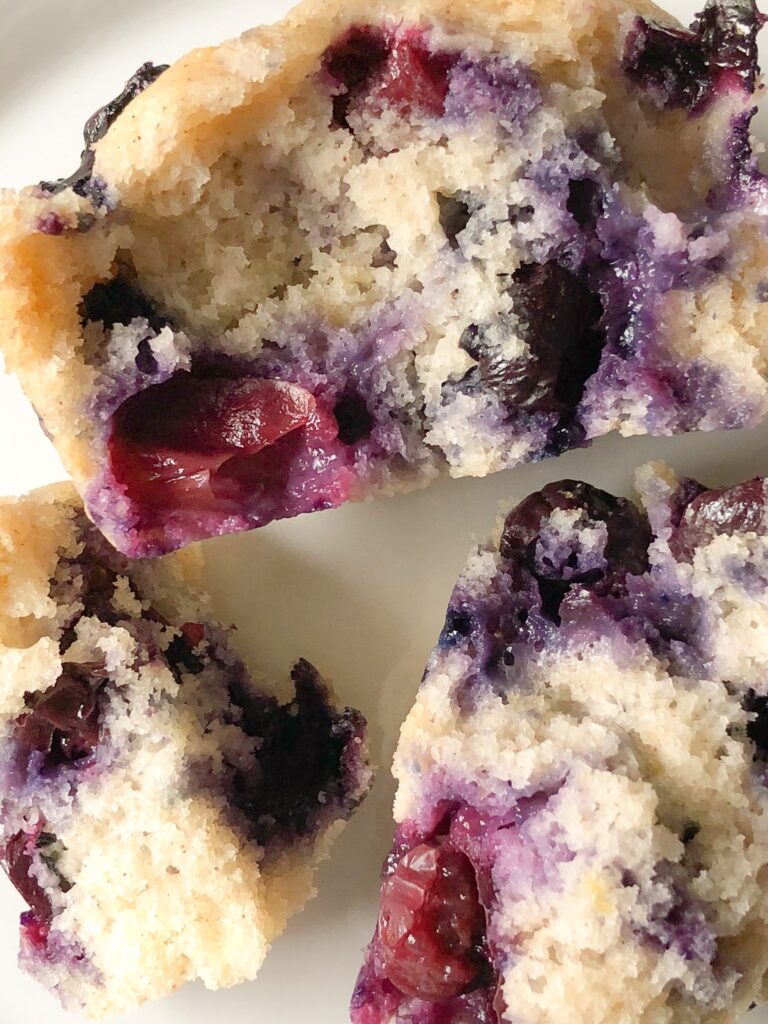 « Looking forward to it
Espresso Sables »